Is JumpCloud an Active Directory® Replacement? 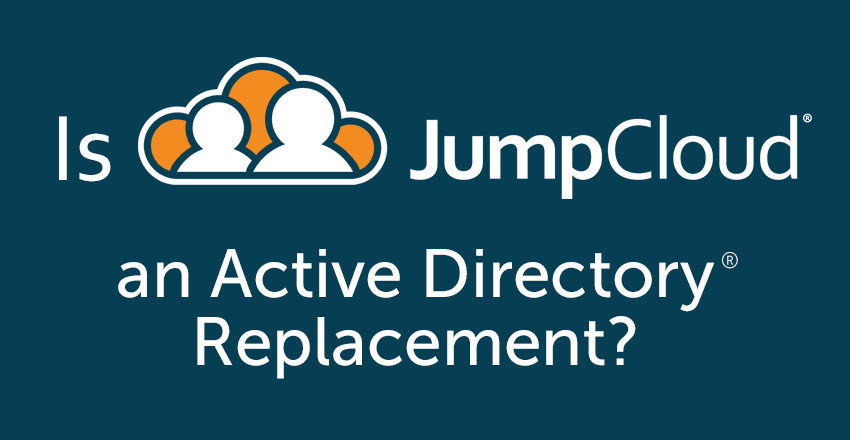 In fact, JumpCloud cloud-hosted directory service is more like the reimagination of Active Directory for the modern cloud era.

We know that it sounds crazy that there is an alternative to Active Directory. It has been a fixture in networks for the last decade and a half. But times have changed (a lot) and a new type of directory service is needed.

Let’s back up to help understand where AD came from. Microsoft created AD in 1999 after years of development.

The goal was simple. AD was an easy way for IT to tie together their users into one central user management system. Along with the domain controller, a user would log into the network and subsequently gain access to all of the resources they needed, as long as they were Windows-based or could connect to AD.

Microsoft owned the market with Windows and Office. In a closed, homogenous environment AD thrived and quickly became the leading identity management platform across all sizes of organizations.

Fast forward to modern times and a great deal has changed.

There isn’t much that looks like the days of yesteryear when AD was a thriving platform. But unfortunately, Microsoft hasn’t been updating Active Directory to keep up with the times.

That’s Why IT is Looking for an Active Directory Replacement

If you have been patiently waiting for a new generation of solutions to deliver on the next wave of identity management, you’ll be happy to learn about Identity-as-a-Service. IT admins no longer need to implement and manage Active Directory on-prem. JumpCloud’s platform is independent, highly secure, and delivered as a service.

The result is off-loading a tremendous amount of time and hassle.

It’s also more versatile. The cloud directory service is aimed for today’s modern mixed platform environment. Mac and Linux devices are as important to Directory-as-a-Service as Windows devices. AWS is treated similarly to Azure, as is Google Apps.

Security is built from the ground up with important attributes such as one-way hashing and salting of passwords, communication over mutual TLS, and multi-factor authentication.

If you would like to learn more about how JumpCloud is your Active Directory replacement, drop us a note on our contact page. Or feel free to give it a try for yourself. Your first 10 users are free forever.