What Is Biometric Authentication?

Biometric authentication refers to methods of using biology like fingerprints, eyes, voice, and even facial features to confirm the identity of individuals.

Biometrics are more reliable than traditional password use for authentication because they directly verify your identity through inherent biological features. In comparison, passwords can be easily compromised by password theft techniques such as keylogging or phishing.

In today’s world, the most common biometrics used for authentication include fingerprints, facial recognition, or retina scans. However, there are many different biological mechanisms that can be used to help authenticate access to systems, services, and networks.

If you’ve ever had to remember an account number, password, PIN, or answer a security question, then you know what it feels like to authenticate your identity electronically. Biometric authentication strives to make this process faster, smoother, and more secure by utilizing two-factor authentication (2FA).

What Is Two-Factor Authentication?

There are three distinct methods to authenticate one’s identity:

Two-factor authentication is a process in which you have to prove your identity with two authentication methods instead of one. An example of this is validating your account with a text message to your phone after you’ve already logged in with your credentials.

When you input your username and password, which are known as the “first factor,” the “second factor” kicks in. 2FA may be used to verify your identity by demanding an extra piece of information, which adds another layer of security.

Biometric 2FA is becoming an increasingly popular way to verify your identity. Many of the world’s largest companies are adopting some form of biometric 2FA, including Facebook, Twitter, Google, Apple, and Microsoft.

Biometric authentication uses various characteristics of a person to create a template used to recognize them, called a “biometric key.” This key is unique for every individual on Earth, making it highly reliable in proving someone’s identity.

There are many types of biometric authentication you can use for different purposes, each with their own strengths and weaknesses.

One of the most common forms of biometric authentication is fingerprint scanning. This method uses a small touchpad device to read the unique patterns on someone’s fingerprint and match them against a digital copy already on file. It’s fast, efficient, and highly accurate — but not without its flaws.

Another kind of biometric authentication is voice recognition, which matches unique qualities from the sound waves in your voice against an existing digital recording. One advantage is that it’s simple to use, but its main drawback is that it could be difficult to implement in public settings.

The unique pattern of someone’s iris or retina is used in retinal or iris recognition to identify them. It’s one of the most accurate biometric authentication systems available. However, it is more difficult to implement because an eye scan requires the use of an infrared light source and other specialized equipment to guarantee accuracy. As a result, it’s typically only employed in extremely secure locations.

Facial recognition systems are based around the idea of using mathematical algorithms to create a unique numerical code for each person. This code is then matched against an existing dataset. It’s best used with still images, but it can also detect personality traits like gender or emotions based on the way people move their faces.

Vein recognition, one of today’s most cutting-edge biometric verification systems, is extremely precise (more so than the retina/iris). It relies on the unique pattern of blood vessels in a person’s finger or hand to identify them. Using infrared light, it charts the veins beneath the skin.

The way someone walks may also be used to identify them. The way one foot precedes the other is a useful technique for identifying individuals because each person’s gait is unique. Gait recognition (and similar technologies like it) will become more popular in the future as continuous authentication methods gain ground.

A major reason for biometric identification’s appeal and increased adoption is the convenience for end users. There’s no need to remember a complicated password or change it every few months. Simply put your finger on a keypad or look into an eye scanner, and you’re in.

Despite their obvious advantages over passwords and PIN codes regarding security, biometrics are not foolproof. Many smartphone fingerprint sensors, for example, make use of partial matches. Researchers have discovered it’s possible to create a “master print” that matches bits from many people and provides access to a wide range of user accounts.

Fingerprints, face scans, iris scans, and voice analysis are all vulnerable to various kinds of hacking or deception that might expose your account information. Furthermore, biometric data is unchangeable. As a result, if businesses want to use it to secure critical systems, locations, or information, they must be extremely cautious when handling that data because if stolen, it’s compromised forever.

This stringent need for robust security can be a cost barrier for many small to midsize enterprises (SMEs) looking to implement biometrics. A potential solution is to layer biometrics into existing 2FA approaches, so they are not standing alone as the only authentication factor. You can find a more detailed analysis of the pros and cons of using biometrics for 2FA here.

The use of biometrics raises multiple ethical concerns. Bias is one of them. As many biometric systems have been developed and trained using white male subjects, the systems have a built-in prejudice that makes it more difficult to identify women and people of color. In one study, multiple facial recognition technologies misidentified Black and Asian faces 10 to 100 times more often.

There are also concerns around privacy, and how biometric data is being shared and used. Is it acceptable for businesses to sell or share their biometric data with others, such as law enforcement or immigration enforcement agencies? The regulatory landscape around privacy protections for biometric user data continues to evolve in response to these concerns, and is an important thing for companies to pay attention to when rolling out a biometric system.

ID authentication systems are built to increase security for enterprises and to handle high-volume transaction rates where time is of the essence. As an example, this type of system can be used to prevent unauthorized access into a company’s database or network, or even identify known criminals trying to enter a country through border crossings.

Passwordless authentication is big with companies like Google and Facebook who believe we should move beyond passwords and embrace other methods such as biometrics (e.g., fingerprint scanners) and smart tokens like Apple Pay or Samsung Pay to limit the opportunity for fraudsters using stolen credit card information online.

Financial institutions are employing biometrics as part of MFA (multi-factor authentication) or 2FA to safeguard both the bank and its customers from account takeover assaults.

Many countries such as Brazil, India, and Mexico have begun using fingerprints instead of passwords when making electronic payments on mobile banking applications or online shopping websites.

The use of biometrics is becoming more common with banks and other financial institutions around the world for secure money transfers and international transactions.

Biometrics, including fingerprint readers, iris scanners, and facial recognition, can help hospitals verify a patient’s identity. This helps ensure caregivers have access to the proper patient medical information, and more.

Facial recognition is becoming more widespread. Airlines and airports are giving their passengers the option to check in using facial recognition technology. Hotels and hospitality businesses are also beginning to utilize biometric identification for self-check-in.

Biometric authentication, such as facial recognition and fingerprint scanners, has been used to identify criminals and suspects for many years. Over the last couple of years, this technology has also been introduced into schools to help protect students from intruders.

In the world’s militaries, biometric identification is used to keep track of soldiers in the field and in barracks. Fingerprint scanners and facial recognition software are often used when troops arrive or depart duty stations. This type of technology can also be used to identify enemy combatants on the battlefield.

In many different types of travel situations, biometrics are used to control access. For those going through customs at airports and other border crossings, fingerprint scanners have become a popular way to ensure that international travelers have permission to be in a specific country legally.

The Future of Biometric Authentication

The global market for biometric authentication was estimated to be worth $27.09 billion in 2020 and is expected to balloon to a value of $62.52 billion by 2026.

Experts attribute the growth of biometrics technology primarily to government initiatives that are intended to improve security while speeding up border crossings at airports and reducing fraud in social welfare programs.

India’s Aadhaar project is one of the largest biometric technology implementations in the world, and a great example of the benefits and challenges that come along with this type of authentication.

The Aadhaar project is an unprecedented effort to collect the fingerprints, iris scans, and other personal data of all 1.2 billion residents in India for use by government agencies. The program’s stated purpose is to streamline social welfare delivery systems, and it has saved the Indian government as much as $12.4 billion.

However, many Indians are apprehensive about its potential for abuse. There has been much debate throughout the country on whether Aadhaar is truly secure from hacking and if it effectively protects people’s privacy. It has also raised an important question globally: should any public or private entity be allowed to pool our complete digital profiles?

Despite the questions about the ethics of biometrics, one thing is abundantly clear: biometric authentication is here to stay. The improved security and convenience it provides are too valuable to ignore. 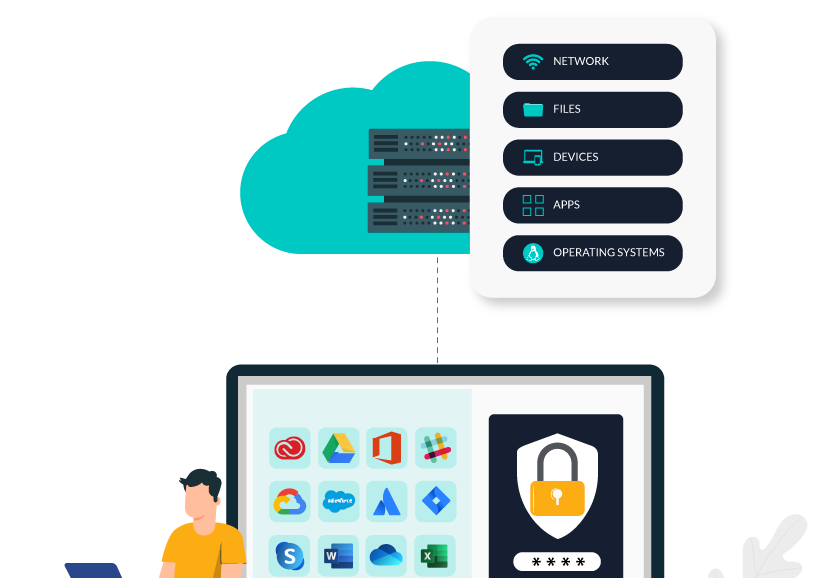