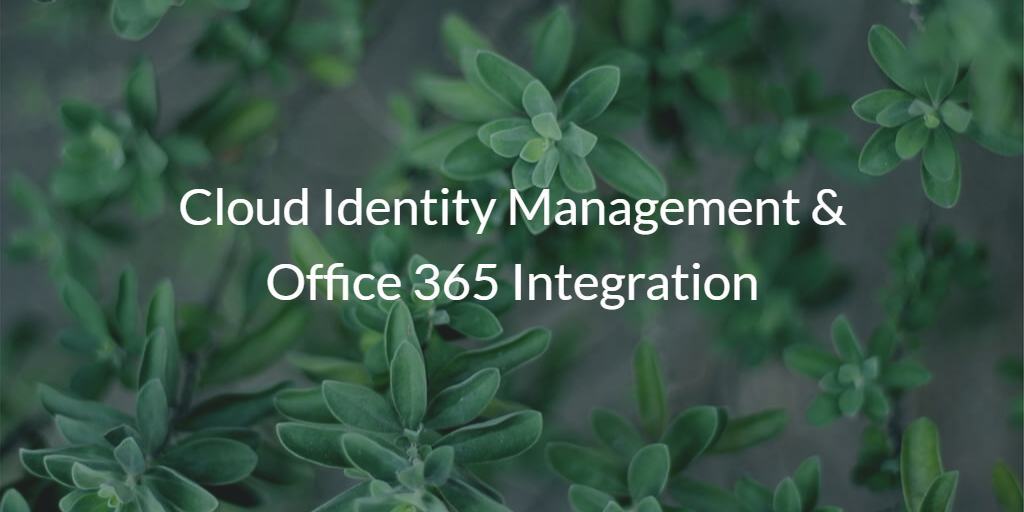 As IT admins look to make the shift to the cloud productivity platform, Microsoft Office 365®, there is a great deal of discussion on how to manage their user access. With the shift of Microsoft Exchange®, Microsoft Office®, and the file server to the cloud, a common question that arises is why do I need to keep Microsoft Active Directory® on-prem?

The short answer is that you don’t. But cloud identity management and Office 365 integration can be the Active Directory replacement that the IT world is looking for.

Moving to the Cloud

Traditionally, the IT network was hosted on-prem, and included the email server and the identity management platform. Both of these were Microsoft-based largely because of the dominance of Windows in the enterprise. Microsoft tightly couples all of these solutions making it easier for IT admins to manage their Windows networks.

But as the cloud emerged, many of the core assumptions that IT admins were making about the structure of their IT environment started to change. Windows devices gave way to Mac and Linux systems. The on-prem or colocated data center turned into AWS cloud infrastructure. On-prem applications started to be mixed with web applications. Wired networks became wireless and the network perimeter started to morph and change. Users could work from anywhere and even become temporary workers to accomplish specific jobs. All of these changes created a dynamic new IT landscape.

Google® jumped on these changes early with their Google Apps productivity platform. Including hosted email, productivity applications, and file storage, their solution was a hit. Over 5 million businesses ended up adopting Google Docs, Calendar, Drive, Sheets, and more.

This put tremendous pressure on Microsoft, and in response they released Office 365. Of course, the move to O365 was a dramatic change for IT organizations, and it opened up a number of questions. If you are moving to the cloud why not do the comparison of Office 365 versus G Suite? The next question then became, why do I still need Active Directory? If the move to the cloud eliminates Exchange, why not eliminate Active Directory too?

Unfortunately, the solution Microsoft had to that question, Microsoft’s Azure Active Directory®, does not replace Active Directory. This is similar to how G Suite Directory is not a replacement for AD either. In general, the battle is being fought for the productivity platform, but neither of the major tech titans are solving for the need to eliminate AD. There is, however, a platform called Directory-as-a-Service® – a cloud identity management solution – that eliminates the need for Active Directory and tightly integrates with Office 365.

IT admins can completely shift to the cloud by eliminating both Exchange and Active Directory. Simply add your users to the cloud identity management platform, and it can subsequently provision, deprovision, or modify users within Office 365 or G Suite. Directory-as-a-Service functions as a True Single Sign-On™  platform, securely connecting users to the IT resources they need. This includes systems, cloud servers at AWS, web and on-prem applications, WiFi networks, and more. Most importantly, it seamlessly integrates with O365 without the need for AD.

If you would like to learn more about cloud identity management integration with Office 365, drop us a note. Or, sign-up for a free Directory-as-a-Service account and give it a try for yourself. Your first 10 users are free forever – no credit card required.