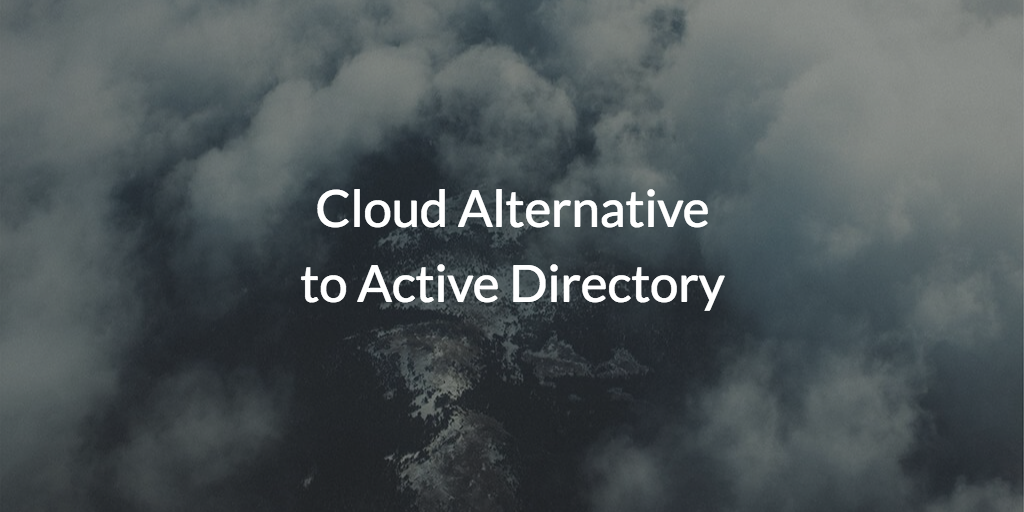 Microsoft® Active Directory® (AD) is the most popular on-prem directory service solution currently available. The trouble is that modern IT organizations seek to eliminate the majority of on-prem IT infrastructure in favor of hosted replacements. That is why many IT organizations are interested in a cloud alternative to Active Directory, called JumpCloud Directory-as-a-Service®.

A cloud AD alternative can be highly advantageous for modern IT organizations. Before we explain how, we should step back and outline the evolution of identity management to reveal why directory services are better in the cloud.

The modern era of identity and access management (IAM) emerged with the advent of the Lightweight Directory Access Protocol, otherwise known as LDAP. LDAP was created by our advisor, Tim Howes, and his colleagues at the University of Michigan in 1993. Howes told us they created the protocol to help secure decentralized IT environments.

Two major identity providers emerged from LDAP a few years later. The first to arrive was OpenLDAP™, which would become a niche solution primarily for data center implementations. The other was Active Directory, which has become the commercial market share leader. Nevertheless, both solutions have LDAP to thank for their ability to manage the homogeneous, on-prem IT networks they were designed to support.

However, IT networks started to change in the 2000’s as web applications (e.g., Salesforce, Google Apps) and cloud infrastructure (e.g., AWS, GCP) started to replace on-prem solutions. Then, Windows® laptops and desktops started to make way for Mac and Linux systems. Even Windows file servers were replaced with cost-effective Samba file servers and NAS appliances as well as cloud solutions such as Box and Dropbox. In short, IT infrastructure was completely transformed.

Today, IT resources are shifting to the cloud in droves. IT management tools are no exception, and that is why IT admins are interested in a cloud alternative to Active Directory. The good news is that a next generation identity management platform has emerged that is effectively AD and LDAP reimagined for the cloud era. The next generation solution is called Directory-as-a-Service, from JumpCloud.

Ready to get started? Check out the following video to learn how to export users from Active Directory and import them into the JumpCloud administrative console.

Learn More About the Cloud Alternative to Active Directory

Contact the JumpCloud team for more information about the cloud alternative to Active Directory, otherwise known as Directory-as-a-Service. You can also sign up today and explore the full functionality of our hosted identity management platform at no cost. Your first ten users are free forever.