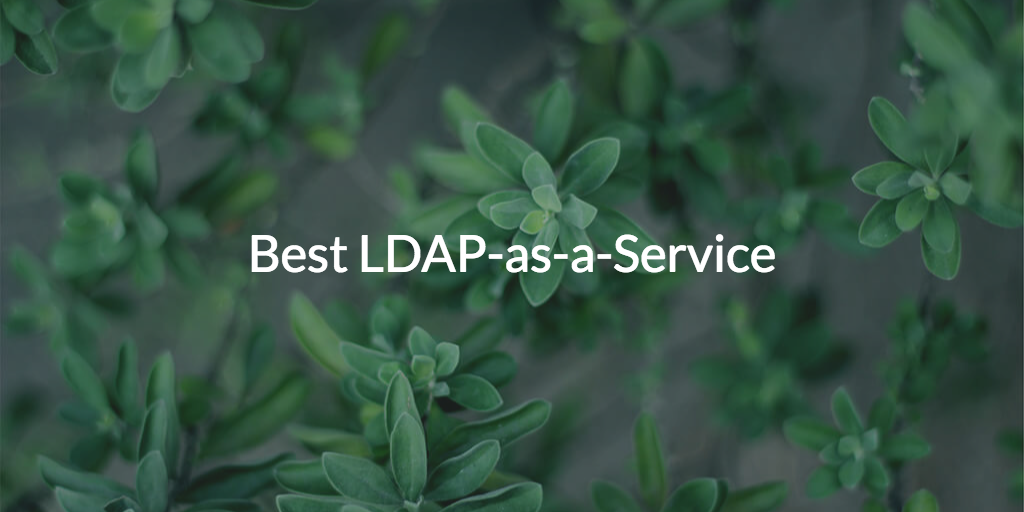 The idea of LDAP-as-a-Service is an intriguing one. The “X-as-a-Service” model is one that has been on a constant rise in the IT scene, with everything from infrastructure to software being offered as a remotely accessible, customer-focused service. So, given the rise of cloud-driven application services, it is understandable that the once solely on-prem LDAP instance is now being offered as-a-Service as well. This fact, of course, sparks the search for the best LDAP-as-a-Service option available on the market.

To understand the best LDAP-as-a-Service offering, it is best to understand LDAP itself. Created by Tim Howes and his colleagues at the University of Michigan in the early 1990s, LDAP, or the Lightweight Directory Access Protocol, initially leveraged X.500 directory services to authenticate user access to vital work resources. The inception of LDAP resulted in the impetus of two major directory solutions: the open-source OpenLDAP™ and the traditional enterprise directory service, Microsoft® Active Directory® (AD or MAD).

While both solutions have revolutionized IT as we know it today, they both require on-prem instances implemented by an IT admin, the former requiring a vast repertoire of IT knowledge to properly create and maintain. And, following the rise of X-as-a-Service resources, such as Software-as-a-Service (SaaS) with Salesforce in the early 2000s, the thought of offering an easy-to-use, outsourced LDAP instance is a desirable one.

Despite the obvious draws of LDAP-as-a-Service, it wasn’t a category that many solution vendors considered. Some may consider the support from RedHat or SUSE to be options for LDAP “services”, but both companies have recently foregone their support of OpenLDAP in favor of their own 389 protocol. Even then, they aren’t offering a cloud service anyway—simply support for you to run and manage your own LDAP infrastructure. But, instead of going into the semantics of what “service” means, let’s first talk about what the best LDAP-as-a-Service looks like.

The concept of eliminating OpenLDAP or Active Directory on-prem can help IT organizations imagine new approaches to their infrastructure. No longer are IT organizations tied to one-platform or protocol with a modern approach to identity management. IT admins know that their infrastructure is heterogeneous, and they want to provide their end users with the options to choose the best IT resources for the problems they are trying to solve. A flexible approach to cloud directory services does that.

The result is that the best LDAP-as-a-Service approach is not only just about LDAP, but more importantly, taking a holistic view of the cloud identity provider. There is no doubt that the best cloud LDAP solution is leveraging OpenLDAP, geographic redundancy and scaling, Samba attributes support, strong security practices, and more. But, IT admins also know that LDAP is just one authentication protocol in a range of them that are necessary—think RADIUS, SAML, OS specific (Windows®, macOS®, Linux®), REST, and more.

JumpCloud Directory-as-a-Service® is not only delivering the best LDAP-as-a-Service solution possible, but creating a new generation of identity provider. IT admins can leverage one JumpCloud user identity for LDAP, SSO via SAML, RADIUS for WiFi security, user management on Mac®, Linux, and Windows systems, and more.

To see more on how Directory-as-a-Service is the best LDAP-as-a-Service option available, check out our YouTube channel or consider dropping us a line with your questions. Signing up for JumpCloud is completely free, and also comes with ten free users forever to get you started, so why not try LDAP-as-a-Service and more with JumpCloud today?