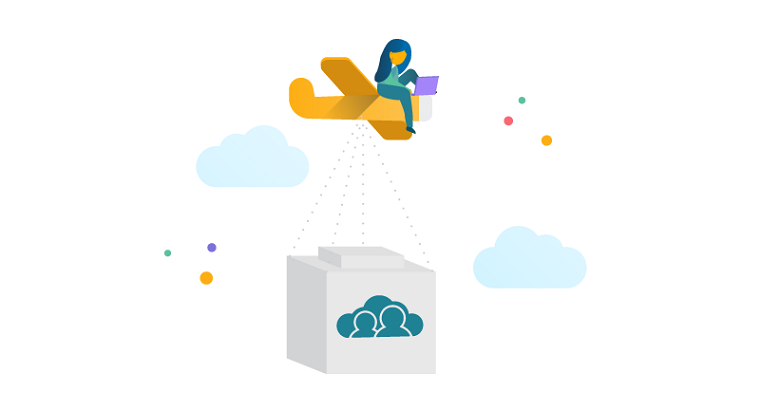 For some organizations, replacing Microsoft® Active Directory® (AD) is like replacing a car’s engine — it can’t be done while you’re cruising down the highway. But just as vehicles need to pull off for gas and maintenance from time to time, convenient opportunities to migrate from on-prem servers to a modern cloud directory service sometimes emerge. With a little bit of planning, you can be prepared to take advantage of those opportunities.

The concept of Active Directory migration itself isn’t new, though we’re thinking about it in a different way. If you’re a seasoned AD admin, you’ve probably already gone through the directory migration process at some point to move AD objects like computers, users, and groups from one Windows Server® AD domain or forest to another, perhaps as part of a licensing upgrade, infrastructure overhaul, or merger.

Migrating to an entirely new cloud directory is actually a pretty similar process, so if you’re approaching a major Active Directory migration project due to one of the above factors, now might be a great time to zoom out and think about whether you could benefit from replacing Active Directory altogether. Let’s look at a more comprehensive list of good AD “stopping points,” then preview the process of migrating to a modern cloud directory.

When to Migrate Away From Active Directory

Here are 11 of the most popular opportunities that make the move from AD to a modern cloud directory especially easy:

Just as Microsoft offers its Active Directory Migration Tool (ADMT) to help with migrating or consolidating AD domains, any worthwhile alternative directory should provide a tool to import users and workstations from your existing AD server(s). JumpCloud’s Directory-as-a-Service® (DaaS), for example, has an Active Directory Migration Utility (ADMU) that automates that process. It’s common for a small- to medium-sized business to complete the transition to DaaS in anywhere from a few hours to a couple days. Many admins choose to migrate their environment over a weekend and find that, come Monday morning, their end users don’t even notice the change.

With centralized control over all IT resources (including Mac, Linux, and Windows systems via group policy functions) from one cloud directory, the recurring labor saved on IAM administration ends up being worth that small initial investment. And if the timing is right to migrate your directory anyway, you could be killing two birds with one stone.

Comparing AD to a Cloud Directory

As you’re working out an IT strategy to navigate any of the migration scenarios listed above, it might be useful to take stock of which resources your existing Active Directory configuration actually manages on its own. If you’re using a collection of third-party add-ons to connect modern IT resources back to AD, that might be a sign that you could make the most of your migration opportunity by upgrading to a completely new directory built for the cloud era.

To see what migrating to a cloud directory would look like for your environment, you can start with just one test system and user — maybe a VM or an unused laptop. A one, some, many testing approach can help you carefully compare an alternative cloud directory to AD and gain confidence in the migration process. Learn more about the benefits of migrating from AD to a modern cloud directory service.

Mike is a writer at JumpCloud who's especially interested in the changing role of tech in society. He cut his teeth in the ad agency world and holds an M.F.A. in creative writing from the University of Colorado-Boulder and a B.A. in English and music from St. Lawrence University in Canton, NY. Outside of JumpCloud, he's an avid skier, cellist, and poet.