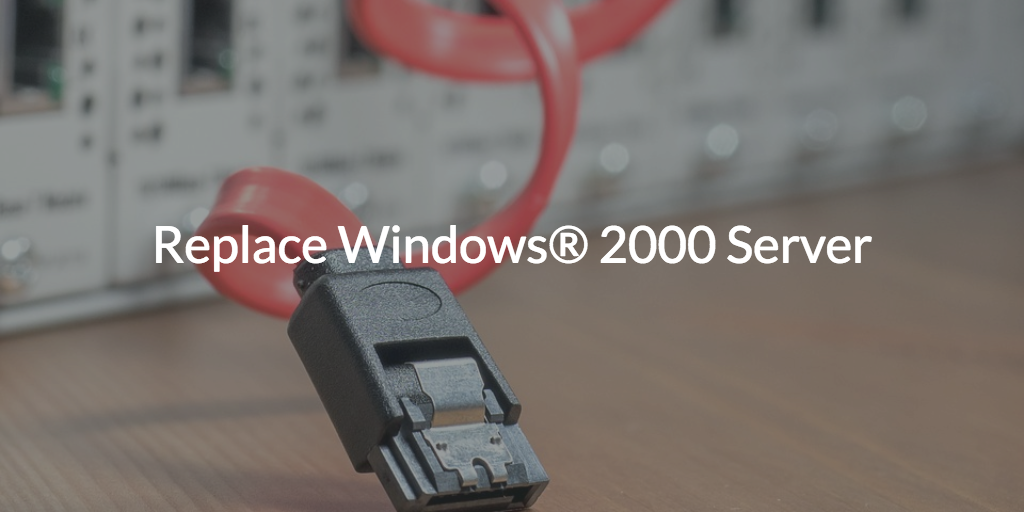 Most tech savvy people know that after a software solution reaches end of life, it is rendered obsolete by updated versions of the product or replaced by newer, innovative solutions. This obsolescence is for good reason; after hitting EoL, softwares are no longer supported by their developers. This, of course, means that these softwares are going to perform poorer due to outdated infrastructure, as well as be more susceptible to modern hacking techniques.

For Windows 2000 Server users, however, end of life has not swayed them from sticking to their roots. Many older companies still leverage applications that were based in 2000 Server, so holding on to the unsupported software is critical to their business. And, of course, using Windows 2000 Server comes with another big perk: Microsoft Active Directory® (AD).

The “Perks” of Being Old

Microsoft introduced the popular AD with the release of Windows 2000 Server, and it has been an IT mainstay ever since. Since it was such a novel tool, AD came “free” with the purchase of Windows 2000, and could be used to create databases of users, and mete resource access out to their identities. This “life hack” has made admins reluctant to shift away from 2000 Server, given the overall cost in budget and man hours it takes to make the switch to an updated AD instance. This reluctant attitude, while thrifty, is certainly not one to be condoned. In a day and age where even the most up to date softwares are capable of being breached, leveraging one that is older than the smartphone seems more than foolish. The impending fate of 2000 Server is that at some point the server will fail, the software will stop functioning, or there may be a catastrophic vulnerability. It’s better to replace the Windows 2000 Server Active Directory instance as quickly as possible.

The good news is that IT organizations can easily and quickly shift from a 2000 Server Active Directory instance to a cloud directory service without much hassle. With a cloud identity provider (IdP), there is no requirement for on-prem servers, software, and management and maintenance. This serverless next generation approach is available from JumpCloud® Directory-as-a-Service®.

JumpCloud reimagines Active Directory for the modern era as an all-in-one, cloud-based directory suite. Using the Directory-as-a-Service platform, admins can manage their users’ access to systems, files, networks, applications, and more from a remote console in the cloud. JumpCloud, as a third-party directory, is platform-agnostic and can manage Windows, Mac®, and Linux® system fleets with ease with cross-platform GPO-like capabilities, called Policies. Since it is the directory service for the modern era, JumpCloud users do not have to worry about the risks of leveraging EoL products like Windows 2000 Server.

Replace Windows 2000 Server by signing up for JumpCloud today! Not only is signing up free, but so are your first ten users to get you started in the platform. To learn more about the product, contact us or check out our YouTube channel.