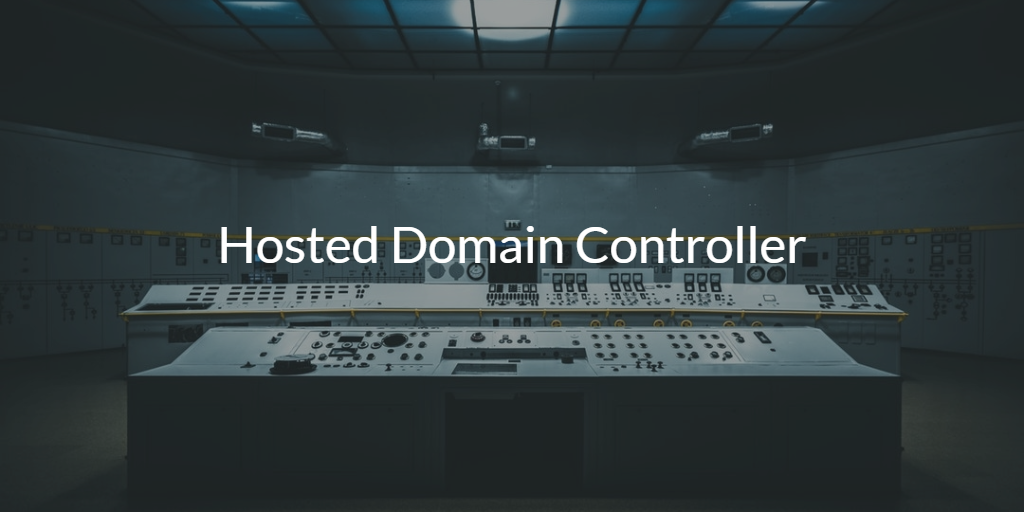 Nearly all major IT components are moving to the cloud. It started with software solutions like Salesforce, and then moved to cloud infrastructure from providers like AWS®. Now, a new generation of IT management solutions is being moved to the cloud.  Riding this new wave is one of the most traditionally grounded components yet: the domain controller.

Evolution of the Domain Controller

The concept of a hosted domain controller is relatively new, and one that still is confusing to many IT admins. Traditionally, the domain controller and directory services has been firmly entrenched in the IT world since the advent of Microsoft® Active Directory®. Since 1999, AD has been the choice for connecting users to their Windows® systems and applications. Users would simply login to their machine and then be granted access to those IT resources. In a time when Windows ruled the IT world, it made a lot of sense and AD had a near monopoly on the identity and access management space.

As the world has shifted to the cloud, the concept of an on-prem domain controller that once provided the freedom to access all of the on-prem resources people needed became more like an anchor. Many IT resources now are outside of the domain. So the question becomes, how are users and IT admins to connect their identities to those resources like web applications and cloud servers?

This is where the concept of the traditional domain controller starts to break down. They are great at authenticating access to their domain, but anything outside of that has a hard time getting through. Yet, while the IT resources have shifted around to be in different locations, and from different providers with different platforms, one thing has stayed the same – IT and end users’ desire to use the same set of credentials to connect to these wide variety of IT resources. Think of this as True Single Sign-On™.

That concept doesn’t exist with the Microsoft concept of the hosted domain controller or Azure Active Directory, but does exist with the cloud identity management platform JumpCloud® Directory-as-a-Service®. The concept of a modern cloud domain controller is a bit different than Microsoft’s Active Directory vision. Cloud directory services are meant to connect users to systems (Windows, Mac®, Linux®), cloud and on-prem servers (e.g. AWS, Azure®, Google Cloud), cloud and on-prem applications, cloud or on-prem storage, and wired and WiFi networks.

If you would like to learn more about the future of domain controllers and why Directory-as-a-Service may be that platform for your organization, drop us a note. Alternatively, sign-up for a free DaaS account and see what a true cloud directory could be for you. Your first 10 users are free forever.

Vince is a writer and video specialist at JumpCloud. Originally from the horse capital of New Mexico, Corrales, he has lived in Boulder, Colorado for three years. When Vince is not developing content for JumpCloud, he can usually be found at the Boulder Creek.