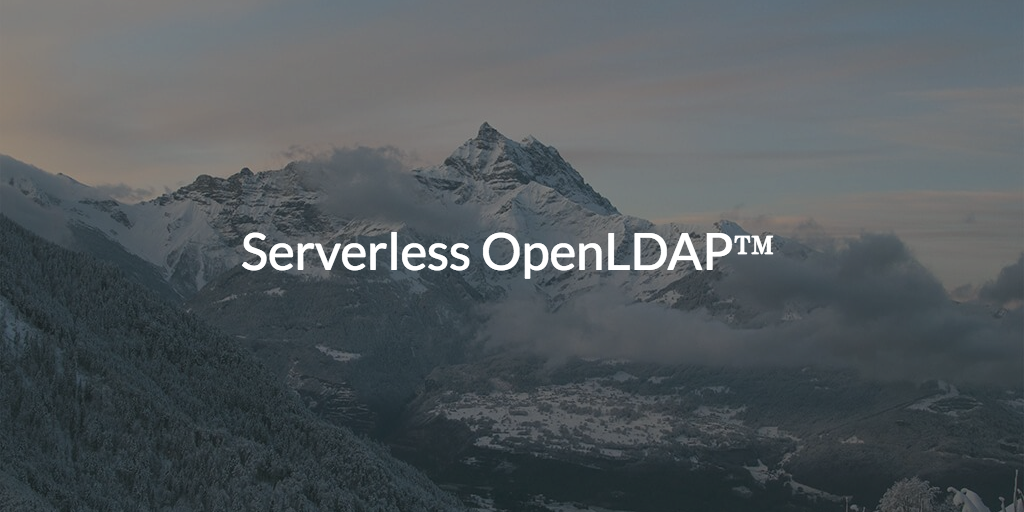 OpenLDAP™ is one of the most well known directory service solutions on the planet. The open source implementation of the Lightweight Directory Access Protocol (LDAP) is widely used, but has its challenges in implementation. Most notable of these is the fact that it is heavily grounded on-prem, requiring servers to operate. As the IT landscape shifts to the cloud, a new serverless OpenLDAP option aims to help IT organizations leverage LDAP with grace and ease.

So, what is OpenLDAP (and, by syllogism, LDAP)? Well, LDAP was created by our advisor and friend, Tim Howes, and his colleagues at the University of Michigan in the early 1990s. The protocol was designed to create connections between users on a network and their applications and servers. Shortly after its creation, two major identity providers adopted and leveraged LDAP: OpenLDAP, the open source market share leader, and Microsoft® Active Directory®  (AD), the commercial on-prem identity provider leader.

While AD was often used as the core identity provider for organizations, OpenLDAP was a popular option for more technical scenarios such as data centers, VPNs, and technical software solutions (e.g. MySQL, Kubernetes, Jira, and more). Unfortunately, the main reason that OpenLDAP was so widely used in these settings was also one of its main challenges. OpenLDAP is notoriously difficult to implement. An open source, server-based solution, OpenLDAP requires an in-depth knowledge of creating and maintaining a code base on a server instance to use properly. The technically-minded folks in each of these environments most likely have the coding chops to implement OpenLDAP, but for others, the task is a herculean one.

In order to alleviate the burden of an OpenLDAP implementation altogether, the best bet is probably to alleviate the burden of servers altogether. While it sounds like a tough task, there are cloud-based implementations of LDAP that offer the same functionality as OpenLDAP. This sort of LDAP-as-a-Service is serverless, providing the same utility as OpenLDAP but from the cloud. This feature, of course, allows for increased adaptability, on top of reducing the amount of work necessary to manage an LDAP implementation.

This LDAP-as-a-Service is available as a part of the larger JumpCloud® Directory-as-a-Service® suite. With Directory-as-a-Service, JumpCloud reimagined LDAP and Active Directory for a serverless, cloud forward era. The third-party identity provider creates a True Single Sign-On™ environment for IT admins and users, not only leveraging LDAP, but the SAML and RADIUS protocols as well. With this functionality, Directory-as-a-Service connects identities to their systems, networks, files, applications, and more, regardless of their platform, protocol, provider, or location.

You can explore serverless OpenLDAP and more by trying JumpCloud today. A free account includes ten permanent users to get you started and requires no credit card. For organizations looking to solely bolster their LDAP instance, JumpCloud offers a per-protocol pricing option for a la carte, serverless OpenLDAP. If you have any questions, feel free to drop us a line, and reach out to our expert support staff.