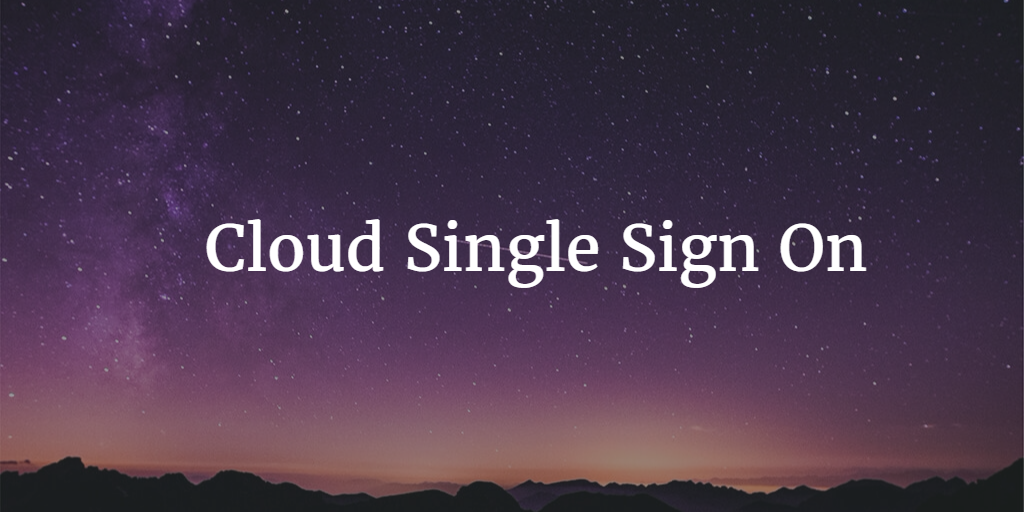 As more IT infrastructure components move to the cloud, the ability to single sign-on (SSO) into IT resources is changing. There was a time when an on-premises directory service tied with a web application single sign-on solution was sufficient. However, that was when the IT environment was much simpler. Today, a complex cloud-forward environment demands a modern, cloud SSO solution. I’m talking about a True SSO solution that extends beyond web applications.

The Trap of Web Apps and On-Premises Requirements

Providing single sign-on services to an organization’s users is a core part of what IT admins are charged with. It’s an important responsibility as the benefits of SSO are immense. Users are more productive because they can easily and quickly access whatever IT resources they need. IT admins can more tightly control user access to a wide variety of IT resources. Also, having central cloud control over user identities is a major security enhancement. What’s the biggest challenge faced by IT organizations? Most SSO solutions are focused on web applications and require an on-premises directory services with which to integrate.

Releasing the Power of True SSO™

Interestingly, a True SSO solution is being delivered by a Directory-as-a-Service platform. This cloud-based directory service is multi-protocol, device independent, and location agnostic. Users have one set of credentials which can be the same as their Google Apps credentials if an organization is using that platform. Because the solution is based in the cloud, it enables organizations to shift more of their core infrastructure to the cloud. Here are a couple of other noteworthy perks: organizations can eliminate Microsoft Exchange in favor of Google Apps or Office 365, and Microsoft Active Directory can be replaced by a cloud Identity-as-a-Service platform.

Cloud SSO is an important part of any cloud-forward organization’s IT infrastructure. If you would like to learn more about how Directory-as-a-Service can be your cloud SSO solution of choice, drop us a note. Or, feel free to give DaaS a try for yourself.