Sync Your Google Apps Identity with Your Apple Mac 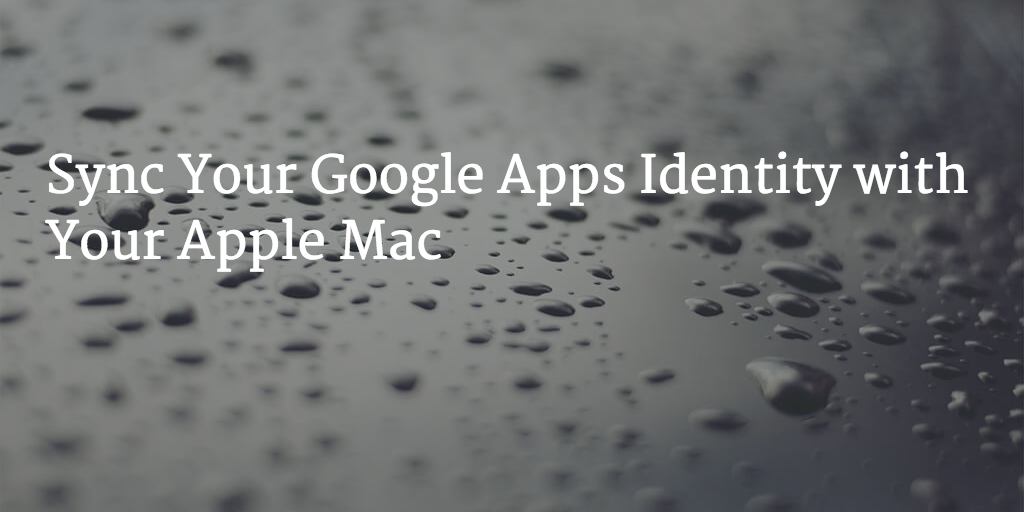 As an IT admin, have you ever tried to connect your users’ Google Apps identities to their Apple Mac products? More specifically, have you tried to or wanted to let your users log in to their Macs with the same logins that they use in Google Apps? And, more importantly, were you aware that you can centrally control those identities from one spot – provisioning, deprovisioning, or modifying user access to both Google Apps and to their Mac? Well, it turns out, we at JumpCloud have heard this scenario many times. IT admins want to connect their Google Apps identities to all of their IT resources including Macs. Ideally, they want Google Apps to be their directory services solution.

Unfortunately, Google Apps does not work that way. IT admins learn very quickly after starting to use Google Apps what its limitations are. The user directory stored inside of Google Apps is essentially just for Google Apps. Google has leveraged the OAuth protocol in order to have some web applications leverage those Google identities, but that doesn’t work for on-premises devices, servers (whether hosted internally or in the cloud), legacy applications, or networks. In short, Google Apps identities are only useful for Google Apps.

What IT admins are seeking is something like what they had in the past. Microsoft leveraged their own directory services solution, Active Directory, with their email platform Exchange. The two went hand in hand for most organizations. Now, as over 6 million organizations have moved or are making the move to Google Apps, a solution similar to what the Active Directory provided is missing.

A Cloud-Based Remedy with a Twist

There is currently a way to effectively replace Active Directory in the cloud. It’s called Directory-as-a-Service and it seamlessly integrates with Google Apps. Much like the duo, Active Directory and Microsoft Exchange, Google Apps and Directory-as-a-Service form a complementary relationship to provide a comprehensive directory services and product solution. This combined solution benefits your users because now they have one identity that they can use for Google Apps, their devices (including Apple Macs), applications, and access to the network.

In addition, IT admins have one central control point for managing user access to virtually all of their IT resources. It’s what IT admins envisioned when they started using Google Apps and is far more interesting than the legacy Microsoft combination of Active Directory and Exchange. The combined Google Apps and Directory-as-a-Service solutions are delivered exclusively from the cloud for both cloud-based infrastructure and on-premises IT resources. Both are SaaS-based, so you use what you need and only pay for what you use.

If you’d like to learn more about how you can leverage your Google Apps identities to control and manage your Macs as well, drop us a note or give JumpCloud’s Directory-as-a-Service a try.