Why SMEs Can’t Afford to Skimp on Security

Powering Security and Business Initiatives Without Breaking the Bank

Blog Home > Why SMEs Can’t Afford to Skimp on Security

October is Cybersecurity Awareness Month, and this year’s theme is See Yourself in Cyber, which focuses on the individual’s role in cybersecurity. While cybersecurity can feel complex and inaccessible to the average person, the reality is that everyone has a role to play in security, from executives to the IT team to end users. This month, the JumpCloud blog will focus on helping you empower everyone in your organization to do their part regarding cybersecurity. Tune in throughout the month for more cybersecurity content written specifically for IT professionals and MSPs.

But the notion that SMEs are not vulnerable to cyberattacks is false. In reality, SMEs are targeted just as frequently (if not more so) than their larger counterparts. A 2021 survey found that 42% of small business respondents had experienced a cyberattack within the last year. Security threats are a problem for all businesses, and effective security is a critical component to stopping breaches and ensuring SME success.

SMEs Are Not Immune to Cybersecurity Threats

People often assume that adversaries wouldn’t be interested in SMEs because they wouldn’t have enough to gain from going after them. After all, security solutions can be expensive, and SMEs have things to do — usually with tight timelines, lean teams, and limited resources. Why allocate time and resources toward something preventative when they have pressing things they need now?

But size and face value aren’t the only factors that contribute to a business’s likelihood of being attacked. In fact, some businesses aren’t chosen for their resources at all, but rather fall victim by chance, or as a casualty in a larger attack. And the data shows that SMEs are now targeted at almost the same rate as enterprises are.

The following are some of the most common ways SMEs become cyberattack victims.

Cybercriminals function just like legitimate businesses: they strategize and test before rolling out new tactics to optimize their efforts. When cybercriminals develop new tactics, they aren’t likely to try them out for the first time in a high-profile attack. Instead, they usually do their testing on small, nondescript businesses whose defenses they expect they can overtake.

Some attacks hit several organizations by infecting the supply chain. In these attacks, cybercriminals usually compromise a large vendor’s product, software, website, or other asset. The infection spreads when partners, customers, and other third-parties access the compromised asset. While these attacks often start with larger vendors, they trickle down the supply chain to impact many other organizations, and SMEs often end up becoming casualties.

Cybercriminals may also infiltrate an SME as a stepping stone on their way to a more high-impact target. Attacks may aim to conduct reconnaissance on the target or infect the target through the SME in another form of supply chain attack. SMEs that partner with larger enterprises are more likely to fall victims to this type of attack.

When large enterprises are attacked, they often (though not always) have the resources to recover, even if they can’t reclaim all their lost data, assets, and relationships. However, this isn’t quite so frequently the case with SMEs. With tighter budgets and finite resources, an SME being shut down after an attack is a real possibility. Adversaries know and exploit this: with more to lose in an attack, SMEs are more likely to cooperate. For example, cybercriminals often demand lower ransoms in ransomware attacks on SMEs, aiming for a price point that the SME can afford and, therefore, is likely to pay.

The Consequences Can Be Severe

Okay, so SMEs aren’t immune to attack. But would an attack really be the end of the world?

For many businesses, the answer is yes: 21% of companies’ solvency has been materially threatened by a cyberattack.

And the dangers are often higher for SMEs than for larger organizations: SMEs are not only vulnerable to attack, but they’re also susceptible to highly damaging ramifications. This is largely due to some commonalities among SMEs, including their limited resources and IT environments. The following are some common SME traits that can cause cyberattacks to hit harder.

Adversaries are aware of these limitations and sometimes exploit them. For example, adversaries know many SMEs have sprawling IT environments, and they look for these gaps in visibility and control to aid in their attack and prevent alerts to their activity. Similarly, cybercriminals know that most SMEs operate during typical business hours (9 a.m. – 5 p.m.) and don’t have the resources for 24/7 monitoring outside business hours. Thus, they often mount attacks after-hours to maximize their chances of success.

What Can SMEs Do to Protect Themselves?

Security can feel a bit unattainable to the average SME. Many of the solutions seem to be geared toward enterprise-level solutions — which means they come with enterprise-level price tags. SMEs can’t afford to stop everything they’re doing to focus on security — but they also can’t afford to skip security completely. How can they strike the balance?

Fortunately, enterprise-level security solutions aren’t the only ones out there, and not every solution requires a purchase. There are small, cost-effective actions SMEs can take to significantly improve their security as well as long-term solutions for shoring up defenses without siphoning budget and resources away from other projects.

To explore SME-friendly solutions to powering both business and security at once, download the whitepaper written by JumpCloud and CrowdStrike, Combining Business Priorities and Security: Choose Your Own Adventure. 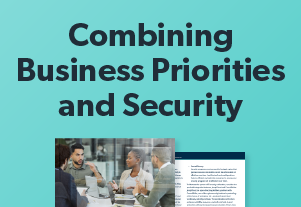 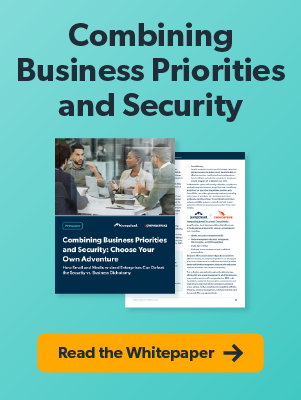 Kate Lake is a Senior Content Writer at JumpCloud, where she writes about JumpCloud’s cloud directory platform and trends in IT, technology, and security. She holds a Bachelors in Linguistics from the University of Virginia and is driven by a lifelong passion for writing and learning. When she isn't writing for JumpCloud, Kate can be found traveling, exploring the outdoors, or quoting a sci-fi movie (often all at once).