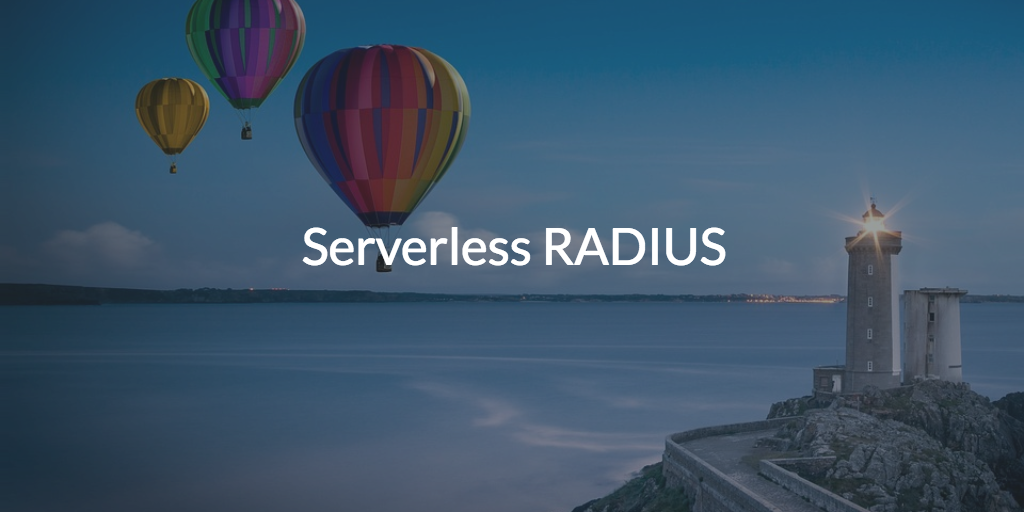 The RADIUS protocol has been making a strong resurgence into the IT marketplace lately. RADIUS has largely been implemented on network infrastructure gear in data centers, but now it has extended to become a central authentication protocol locking down WiFi networks in the office. For those interested in securing their network infrastructure, a new concept called serverless RADIUS is making it easier than ever for IT organizations to leverage the protocol and bolster network security.

Historically, a FreeRADIUS server was the platform of choice to integrate with routers, switches, VPNs, and other networking gear. The FreeRADIUS server would be integrated with an authoritative directory service, such as Microsoft® Active Directory® or OpenLDAP™, to control user access to these critical pieces of networking infrastructure. For the most part, network ops engineers and DevOps admins were able to handle all the moving parts, but it was the overhead they didn’t necessarily want to deal with – although they did like the results.

Now, add in WiFi networks where wireless access points (WAPs) made by the same vendors that build switches, routers, security appliances, and more are introduced into the IT environment. The authentication protocol of choice is, as you would likely guess, RADIUS. The challenge now is that WAPs are often deployed by IT admins, many of whom are too busy to manage and complete an entire RADIUS infrastructure buildout.  As a result, they’re wondering if there is an alternative to manual integration, and perhaps a serverless RADIUS solution?

Serverless RADIUS is a key component of JumpCloud’s offering. With a cloud RADIUS solution, IT organizations can simply use the serverless RADIUS solution instead of deploying a full RADIUS infrastructure on-prem. Essentially, that means pointing their WAPs to the virtual RADIUS endpoint in the cloud. Plus, with an onboard directory service included, there is little integration work and no infrastructure to manage.

But that’s not all it can do. Alongside RADIUS-as-a-Service capabilities, JumpCloud can connect you to web and on-prem apps using its SAML and LDAP connectors. With cloud infrastructure from AWS® , Google Cloud™, and Azure® becoming so popular, JumpCloud also provides an easy way to automate SSH key management and distribution to all of your virtual servers. On-prem file servers (Samba and NAS devices) and virtual file servers (Box™, Google Drive™) can each be managed via JumpCloud as well. Plus, with the ability to create accounts within JumpCloud or provision them from G Suite™, Office 365™, and Workday™, your users can utilize True Single Sign-On™ to access all of their tools.

Not a JumpCloud Customer?

Sign up today for a free account and see how seamless serverless RADIUS can be for you and your IT organization. You don’t need to worry about finding your company credit card, because our free account doesn’t require one and it allows your to manage up to 10 users for free, forever. Visit our blog, Knowledge Base, or YouTube channel for additional information.