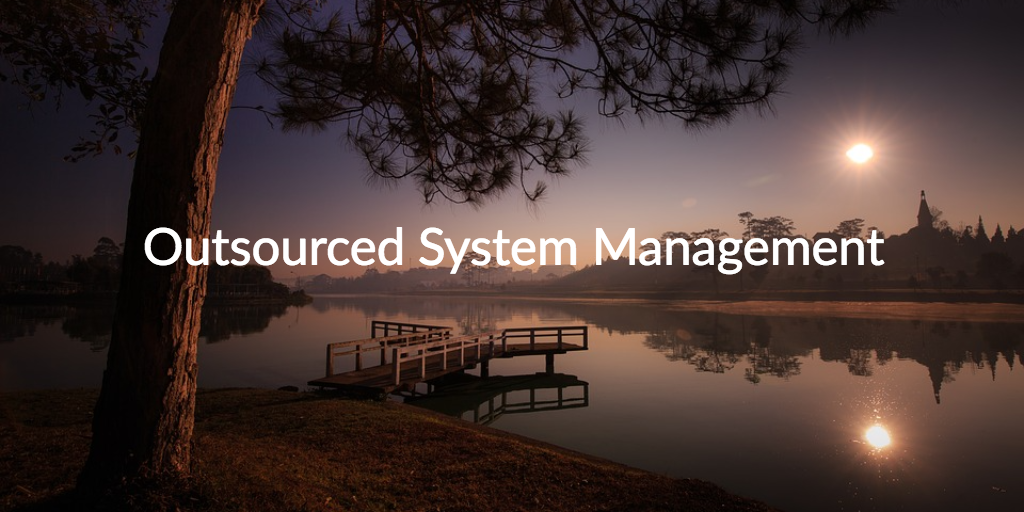 The IT landscape has undergone a major overhaul since the turn of the century. It used to be that Microsoft® Windows® based systems were the vast majority in IT networks and they were all managed by Active Directory® (AD) on-prem. Today, Windows PCs are the minority in most IT organizations, Mac and Linux are more popular than ever, and many IT organizations are interested in an outsourced system management solution as an alternative to AD on-prem.

The concept of system management was very different around the turn of the century. Back then, Windows was the platform of choice and virtually all of an organization’s IT resources were on-prem.

In order to retain this status quo, Microsoft made some brilliant moves to lock-in their customers to Windows – namely, their suite of management tools including Active Directory and SCCM (previously called SMS).

AD and SCCM were great solutions at the time in that they provided management capabilities for Windows-based environments. For example, AD’s Group Policy Objects (GPOs) were a huge hit because they enabled IT admins to manage their fleet of Windows machines via the automation of routine tasks like the configuration of security settings, mapping drives and printers, and more.

In fact, AD and SCCM were so powerful that IT admins would require end users to use Windows PCs rather than other platforms because of AD’s lack of management capabilities for non-Windows systems (i.e., Mac & Linux).

However, things started to change in the mid-2000’s as Mac and Linux based systems began to break into the enterprise workstation market. Suddenly, IT networks were no longer homogenous and IT admins were left wondering how to address system management for these non-Windows devices.

The most common approach was to use third party add-on solutions that could be layered on top of AD with the purpose of providing the capabilities that AD was (and still is) lacking. However, this approach meant that IT admins had to invest in and manage another set of identity and system management solutions in addition to AD. Even more add-ons were required as more IT resources moved away from Microsoft’s on-prem foundation in favor of the cloud – which brings us back to the present.

Obviously, IT admins cannot continue to layer siloed management solutions on top of AD indefinitely. Many IT organizations are looking to break away from on-prem infrastructure completely in favor of cloud-based solutions. The good news is that a new cloud hosted directory service with cross platform GPO-like capabilities has arrived that is reimagining AD and LDAP for the cloud era. It’s called Directory-as-a-Service, from JumpCloud.

As an outsourced system management solution, Directory-as-a-Service enables IT admins to quickly and easily set policies, execute commands, and run scripts across Mac, Windows, and Linux devices. IT organizations can leverage existing JumpCloud policies, scripts from a library, or create and deploy their own tasks using whatever language is supported by the device.

Commands and policies can also be run against individual or groups of systems at once. Results are logged so that you can determine the success or failure of a particular task. The end result is that IT admins get GPO like capabilities that are deployed from the cloud, rather than on-prem, and not limited to Windows systems.

In addition to system management, Directory-as-a-Service goes far beyond to provide a comprehensive array of management capabilities for virtually any IT resource. We invite you to click on any of the following links to better understand some of the various components of the JumpCloud platform:

Directory-as-a-Service makes it easy to manage Windows, Mac, and Linux systems and virtually any IT resource from the cloud through a comprehensive array of management capabilities. In doing so, IT admins are empowered to leverage the best tools to get the job done.

Contact a member of the JumpCloud team to learn more about outsourced system management with Directory-as-a-Service or watch the following whiteboard presentation if you are interested in gaining in-depth knowledge about managing systems with JumpCloud:

Sign up for a Directory-as-a-Service account today and explore everything JumpCloud has to offer. Your first ten users are free forever.