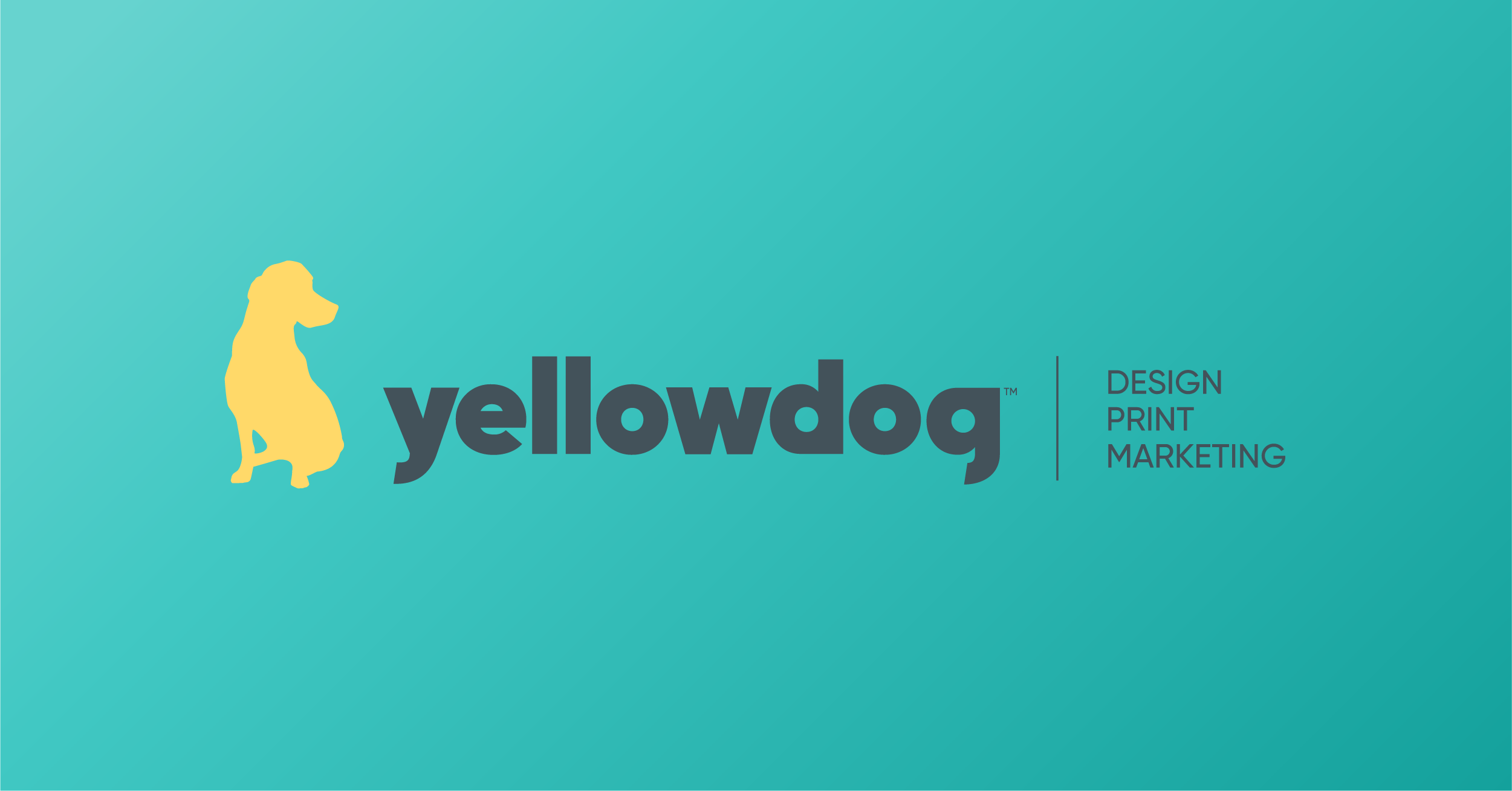 YellowDog is an award-winning studio based in Denver that delivers print, design, and branding solutions for small businesses, nonprofits, government agencies, and corporations. Founded in 2005 by husband-and-wife team Jenny and Dan Mulligan, YellowDog is a certified woman-owned business that’s a Bronze Achiever under Colorado’s Environmental Leadership Program, which demonstrates the studio’s commitment to improving the environment in the Centennial State.

I’m able to change things that would have taken a lot longer before. This has just made the whole process so much easier. If an employee needs to access certain servers or resources, I can rewrite access pretty much immediately.

The Challenge: Managing an Increasing Amount of Endpoints for a Scaling Studio

Over the last few years, YellowDog has doubled in size, growing from 12 to 24 employees during that time. While this growth was no doubt welcomed, it wasn’t without its challenges.

As the studio continued to scale, Dan Mulligan — YellowDog’s “tinkerer in chief” who’s the mastermind behind the company’s tech stack — quickly realized he was turning into a full-time IT administrator.

“I’m the guy who ends up setting up all the computers and doing all those sorts of things because I have a background in tech and am good with it,” Dan said.

As more and more employees came on board, Dan was tasked with managing an ever-increasing amount of Mac and PC desktops and laptops, network-attached storage (NAS) servers, and other various machines.

“Eventually, that got to be so much of my job: just managing users and the complexity,” he explained. “It was non-scalable.”

The Solution: JumpCloud for Endpoint Management

Seeking a better way forward, Dan started looking into several single sign-on (SSO) solutions on the market hoping to find something that could streamline this administrative process. Due to their eclectic tech stack, it was hard to find a tool that would work for all of their devices and machines.

“Everything was so limiting,” Dan explained.

Continuing his search, Dan came across JumpCloud, a name he was familiar with because it is also based in Colorado.

“I went in and looked at what JumpCloud was doing and was really impressed,” Dan shared. “I realized this can be the single source of truth for our network users — the people who need to access or maintain anything.”

The Results: A Powerful Solution That Can Scale Alongside YellowDog

Since moving to JumpCloud, Dan and his team haven’t looked back. Here are some of the benefits YellowDog has enjoyed thanks to its decision to trust JumpCloud for endpoint management.

Prior to rolling out JumpCloud, YellowDog was using an aging Windows server for authentication. While the setup worked well enough, there was always an issue; you’d be able to sign on one day but not the next, for example. With Macs and Linux machines added to the mix, the situation was even more complicated.

Not only did JumpCloud solve these problems, the implementation process was also a cinch.

“Having a tool that abstracted and simplified it made it so easy to roll out,” Dan said, adding that JumpCloud’s documentation is “incredible” and the support team is “very approachable,” which made things even easier.

In the past, tasks like giving new employees machines and granting them access to various systems were a massive manual undertaking. For example, Dan might have to grab an employee’s device, log in as an administrator, and add access as needed in what was a time-consuming process. Fingers crossed he didn’t forget the admin password or anything like that; otherwise, the process would take even longer.

Thanks to JumpCloud, Dan can make a few tweaks and grant access to resources based on roles, which users can then access right away.

“I’m able to change things that would have taken a lot longer before,” Dan said. “This has just made the whole process so much easier. If an employee needs to access certain servers or resources, I can rewrite access pretty much immediately.”

“New hires walk in and their desktops are ready to go.”

As a shop that uses Apple, Windows, and Linux machines, YellowDog was particularly happy to learn about JumpCloud’s Mobile Device Management (MDM) feature, which gives the studio much more control over all of the devices the team needs to do great work.

“The system isn’t complete just using Apple’s MDM; we needed a larger path to manage all these things, and JumpCloud delivered,” Dan continued.

In the age of data breaches, identity theft, and cyberattacks, security is more important than ever before. Thanks to JumpCloud, the YellowDog team is able to enforce strong security policies to keep sensitive information protected.

“It’s nice to be able to force password security, including two-factor authentication,” Dan explained. “We can lock our systems down a lot more. Using password managers and a system like JumpCloud, we’re able to actually say, ‘You can use secure passwords without it being a pain.’”

JumpCloud enables Dan to rapidly provision machines, which is particularly helpful when new hires come on board or remote employees come to the office, so they can have access to their familiar environment.

“Whenever you sit in front of a machine and you’re doing all this stuff by hand, you’ve got a good hour wasted if not more — especially if Windows wants to do an update,” he said. “JumpCloud makes all of our systems more secure while giving me more time to do the other million jobs I have to do.”

Looking ahead, YellowDog plans to institute JumpCloud’s SSO feature to save even more time as users don’t have to remember passwords for services like Adobe Creative and Google Workspace. At the same time, this will also further improve the company’s security.

Would Dan recommend JumpCloud to other businesses?

“I’m the type of guy who will download five pieces of software and test them out to solve a problem,” Dan concluded. “JumpCloud is by far the easiest to integrate and set up.”

To learn more about the easiest way to secure your endpoints, try JumpCloud for free today.