UPPAbaby Case Study: Moving on UP: From No Directory to JumpCloud 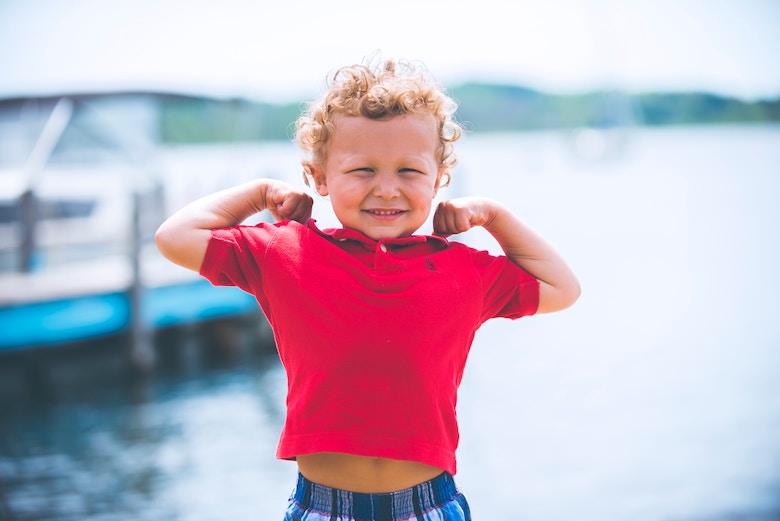 In 2006, Bob and Lauren Monahan imagined a better stroller – one that was sleek, chic, and easy-to-use. As parents of three with experience at Reebok, the couple was highly qualified for the task. UPPAbaby launched in Hingham, MA with just one stroller: the VISTA. Streamlined and stylish, it was an immediate hit. In the 10 years since, the variety of UPPAbaby strollers has increased – and with it, their customers and employees. Now a “grown-up” company with over 60 employees, UPPAbaby realized it was time for their IT infrastructure to grow up too. They brought Jeffrey Bailey on board to make UPPAbaby’s IT as versatile, sturdy, and streamlined as their strollers.

When Jeffrey Bailey walked through the doors of UPPAbaby’s office for the first time, he knew he had his work cut out for him. They had been outsourcing their IT. Now it was up to Jeff to bring everything in-house and up-to-speed.

“One of the big draws for me to come here was that it was a blank slate. I could build something from the ground up, which is something that I’ve always wanted to do,” Bailey told us. “I started to identify some of the needs. One major hole was that we had nothing in place for identity/credential management.

“My background was working at a managed service provider, where we serviced all enterprise Windows shops. I handled a lot of domains, a lot of Exchange®, and the main identity management platform was Microsoft Active Directory®.

“So, when I first came here, my initial thought was, ‘We’re going to need Active Directory.”

Jeff had enough experience with Active Directory to know that implementing it wouldn’t be a stroll through the park.

“Spinning up an on-premises server and infrastructure that is redundant with high availability is fairly expensive to do,” said Bailey, “and it’s not very agile once you do it. Furthermore, it’s not very easy to move away from that ecosystem once you get into it.

“The other big challenge with Active Directory was that we have a fair number of Apple computers in the office (about 70/30). At my previous company, we didn’t support Macs at all from an Active Directory standpoint due to the complexity and fragility of doing so.

“So I was looking at how we could do it. We could get a Mac Mini server and link up the LDAP portion of Active Directory and have LDAP pass through there. But, I hadn’t heard great things about that approach, and I didn’t like the idea of having that many points of failure.”

Looking at the whole picture, Jeff concluded: “Active Directory has its place, but it just didn’t make sense for us.”

So Jeff rolled up his sleeves and began researching alternatives.

“I was looking to see if there were options that weren’t in my wheelhouse that could potentially be a better fit, both from a financial and a feature-set standpoint. That’s when I stumbled upon JumpCloud’s Directory-as-a-Service.

“JumpCloud offered an initial demo where you could sign up 10 users. I did that. I was just playing around in a lab setting.”

Bailey found a lot to like about JumpCloud’s Directory-as-a-Service®: “Remote Users, cross-platform support, a single pane of glass for identity management for IT managers, single sign-on, being able to integrate with other directories like Office 365. It’s very cool and very simple – and much better suited for a company that mainly relies on cloud-based software-as-a-service (SaaS) solutions.”

For Jeff and UPPAbaby, the decision wasn’t difficult: “We adopted.”

Setting up UPPAbaby’s new directory required no big investment of time or money:

“So that was the first step, getting it to show up on the systems. Then for the second part, getting all of the users to sign up, I went department by department and used the email template provided by JumpCloud. Then I just linked the user accounts to the computers and… done!”

“Straightforward. No heavy lifting there.

“Most people went through the initial signup process, they set up their password, and
then they’ve forgot about it completely. JumpCloud just runs in the background for
them. So now I have rolled it out to all of our 60 users here, Windows machines, and
Mac machines.”

With JumpCloud in place, Jeff got to work on improving UPPAbaby’s security, infrastructure, and user experience.

“The first task that I needed to complete was to establish password complexity requirements. JumpCloud filled that need right away and is continuing to. Now we can rest assured from a security standpoint that people aren’t walking around with passwords like ‘UPPAbaby’ or ‘Password’.

“We’ve also moved forward with Office 365 integration and that’s going well. For our Office licensing and our Office 365 accounts, those credentials are synced up. So that’s been good for us.

“JumpCloud is releasing new integrations very quickly, and I am happy to see that. Since our initial rollout, they have released integrations with our ERP, phone, and network systems. I am looking forward to rolling those out.”

“There’s no question in my mind that a cloud-based directory is the future.

“I think that Active Directory has been great for the last 20 years or so, but I think as more companies go toward a Software-as-a-Service infrastructure, the need for an on-premise Active Directory is minimized.

“Fortune 500 companies with 4,000 users are going to hang on to Active Directory for a while. But for small-to-medium companies, JumpCloud makes a lot of sense. It’s very scalable and much more flexible in a cloud-based world.

“We haven’t had any real problems, but when needed, JumpCloud’s support team has been outstanding – every person I’ve dealt with there. I get same day responses — and very thorough explanations. So I couldn’t be happier with my experience with support.

“I’m glad that I found JumpCloud. It’s good to have everything in a single pane of glass. As a one-man-show to have everything there in one place – and not be spinning up a bunch of costly, redundant systems – it just makes everything simpler and easier to manage for me, and more importantly, our users.”