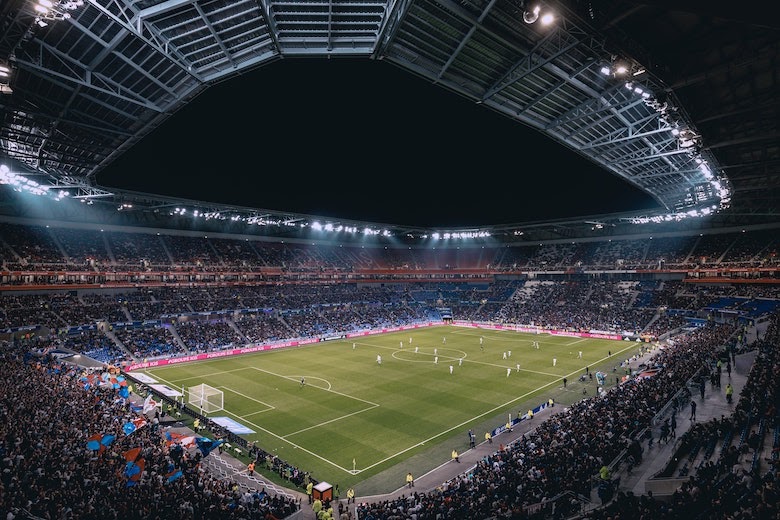 Calvin Lawrence, the company’s sole IT administrator, needed a centralized solution that he could use to manage user identities, resource access, and devices — and that would scale with the quickly growing company.

Pulselive’s headcount doubled over the last year and continues to grow, with users distributed across offices in London and Basingstoke in the UK, as well as Australia, Spain, Bulgaria, and Canada. Previously, users and their devices were managed manually and beyond the scope of a small IT team.

When Lawrence joined the company, he was a seasoned Active Directory® administrator, but Pulselive had very little on-premises infrastructure and he didn’t want to automatically install servers if he could find a cloud-based alternative that would allow him to easily centralize management.

“We were trying to get everything under one roof so it’s manageable by a single person or by a couple people,” he said.

Users at Pulselive largely use Mac devices, with a select few on Windows and Linux. Their devices were unmanaged, which posed security risks and challenges in troubleshooting, particularly for users who worked abroad. There was no standard naming convention for machines, either.

Lawrence needed an OS-agnostic solution to begin managing the machines — and he also wanted a centralized source of identity. The company used Google Workspace™, formerly G Suite, because every user needed an email account and it allowed them to use their Google account for other web services. Google didn’t help them extend identities to or manage devices or other IT resources, though. He sought a solution to manage users and devices in one place, as well as tie into other web services with a single set of credentials.

“I wouldn’t really classify G Suite as a directory,” Lawrence said. “We were using it as our primary user database, but we had no way of accounting for or tracking the machines that people used.”

He began to explore the route of hosting AD through AWS, but it was too complicated in the event he needed to hand it off to someone else — and it still didn’t address his need to manage Mac devices or a host of on-prem resources (e.g. WiFi).

“It was way too complicated for someone else to pick up,” Lawrence said. “I can do it, but if I’m away or I leave, someone’s going to get very confused.”

Lawrence found JumpCloud®, and the comprehensive cloud directory platform met Pulselive’s needs better than AD or any other alternative.

“JumpCloud fit the bill so much better for what our company needs because we’re mainly Mac-based,” Lawrence said. “I didn’t want a convoluted setup through AD with another solution joined on to make sure that I could manage my Macs.”

He’s able to manage not only the company’s Macs but also its Windows and Linux machines from a single console. He rolled out cloud LDAP for the company’s AV resources, and he’s in the process of setting up cloud RADIUS for secure WiFi authentication when users return to the office. He’s also integrated JumpCloud with AWS.

“I love having everything in one console and not having to log into 12 different systems to view different operating systems and machines. The console links to all of the other features that you’ve got within JumpCloud, such as your users and groups, so you have everything in one place. It’s just clear.”

Lawrence also uses automated commands to collect information on the machines. He’s now in the process of enrolling the company’s Mac devices in JumpCloud MDM, which will ensure he can continue managing them properly after the release of macOS Big Sur. He integrated JumpCloud and Google Workspace so that users created in JumpCloud are automatically populated there, too, and he can quickly disable access in the event a user leaves the company.

“When someone leaves, I can disable access through JumpCloud and it will disable everything through Google Workspace, which is wonderful,” Lawrence said.

When Lawrence rolled JumpCloud out to the organization, he had sessions with small groups of users to ensure they properly downloaded the system agent, which is used to deliver Configurations and commands to devices, as well as manage the native Mac and Windows applications. He traveled to most users, and managed the process remotely over Google Hangouts for the Australia-based users. (Note: JumpCloud now has a remote agent install option.)

In all, he spent about a week’s worth of time spread out over a month to roll out JumpCloud.

He was also grateful for the cloud RADIUS and LDAP offerings, which were much easier to set up than on-prem servers.

“It’s nice how ridiculously simple RADIUS was to set up,” he said. “JumpCloud handles the heavy lifting, which is always nice, and we only needed to do a very little bit of configuration.”

The Result: ‘It’s Made Scaling So Much Easier’

JumpCloud was the best solution for Pulselive, which has very little on-prem infrastructure and a distributed and growing workforce. It helped the company grow quickly but securely, and will continue to do so in the future.

“We would’ve grown like this anyway, I’m fairly sure, but to have JumpCloud in place before a lot of that growth is wonderful because it’s made scaling so much easier. When we purchase solutions, that’s one of our core goals — we need to make sure that it’s scalable for growth.”

JumpCloud is a comprehensive cloud directory platform to manage user identities, resource access, and devices — from anywhere. The platform is built to scale with organizations, no matter where their users or resources are located. Set up a JumpCloud Free account to get free and unrestricted access to the platform and all functionality for up to 10 users and 10 devices, along with 10 days of premium in-app support with our support engineers.