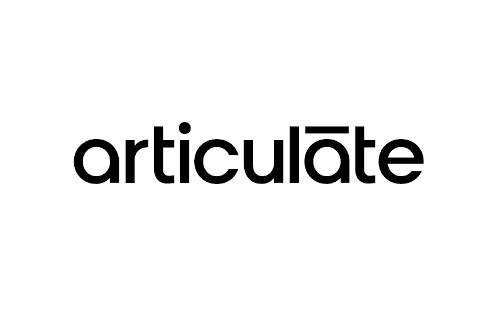 Articulate is the world’s leading creator platform for workplace learning, delivering products that make it easy to create, distribute, and manage online training that delights learners everywhere. Founded in 2002, Articulate counts every Fortune 100 company as a customer. To date, Articulate has helped more than 115,000 organizations accelerate their workplace learning initiatives, strengthening skills in over 125 million learners across 167 countries.

Articulate, which is a fully remote company that has roughly 425 employees spread out across the world, closed a $1.5 billion Series A round in July 2021.

As a shop that’s about two-thirds Mac and one-third Windows, with a few Linux machines sprinkled into the mix, Articulate had been relying on two different mobile device management (MDM) solutions — one for Macs and one for Windows. While the two-pronged approach worked well enough, the Articulate team eventually needed to replace the Windows solution.

“We needed to get off the one we were using for Windows because the subscription was running out and it had some previous security issues,” explained Sam O’Daniel, senior manager of IT services at Articulate.

Since he’d used it at a previous company, O’Daniel was familiar with JumpCloud and knew it had the MDM functionality Articulate needed. The team decided to give it a try and was quickly pleased with their experience.

“Once we got the Windows machine set up, we realized how easy it was to implement policies and enforce some of the other requirements that we have for compliance,” O’Daniel said.

Liking their experience with Windows machines, Articulate decided to consolidate their MDM tools and use JumpCloud for Mac devices, too.

“We started looking at JumpCloud for Macs so that we could have what they call a ‘single pane of glass’ and not have to divide our attention between two separate mobile device management software packages,” O’Daniel continued.

That turned out to be the right decision. Fast-forward to today, and Articulate is using JumpCloud to manage some 400 users on Windows and Mac machines.

Thanks to JumpCloud, the company is confident it has the MDM solution it needs to achieve its mission at scale. Here are some of the benefits Articulate has enjoyed since choosing JumpCloud for mobile device management.

A single source of truth

Prior to JumpCloud, Articulate was using a different software package to manage Mac devices. But that solution wasn’t connected to Google Workspace. “It made it really difficult for us to do a one-to-one audit quickly if we needed to,” O’Daniel explained. By giving the Articulate team visibility into all Windows and Mac users from one screen, JumpCloud solves this problem.

“JumpCloud is becoming more of our source of truth for which users have what computers,” O’Daniel continued. “It’s so much easier to see because we have Google Workspace connected to JumpCloud. Everyone who has a Mac or a Windows machine is in JumpCloud and should have a machine attached to them.”

As a single source of truth, JumpCloud makes IT’s job much easier.

“It used to be that anytime we wanted to troubleshoot something or find something about a machine that someone was asking about, we had to play a little detective and corroborate various sources of information from like, ‘When did we buy it? What did the receipt say? What are they doing there?’,” said Bob Shields, an IT specialist at Articulate. “And now JumpCloud just takes care of all of that for us.”

Getting new users started with JumpCloud was easy. “I’d send them the package, they’d download it, and then they’d appear in JumpCloud, and I was able to pair everybody to their device,” said Fay-Lee Phaneuf, an IT specialist at Articulate.

The team did, however, run into a few roadblocks during the implementation process. But getting around them was a cinch. “We were able to utilize JumpCloud support and also leverage all of the documentation that’s online, too, which was really helpful,” Phaneuf continued.

With JumpCloud, setting up new users is a breeze. “We were able to develop a repeatable process that just works,” Shields said.

JumpCloud gives Articulate more control over their devices — something that’s critical for the company’s fully distributed workforce. Recently, one of Articulate’s customers asked if they could lock their devices when they were unattended for 30 minutes for added security.

“That was really easy to implement with JumpCloud,” O’Daniel said.

O’Daniel continued, “We just applied the policy, restarted the machines, and it took. That’s it.”

Additionally, JumpCloud enables Articulate to audit machines to ensure their operating systems and applications are up to date, preventing bad actors from exploiting buggy software.

“If there’s a piece of software that has a security vulnerability, we can run a report to see who has that version and make sure they upgrade,” O’Daniel said. “JumpCloud lets us narrow that communication to only the people who need it and not send it out to the entire company.”

Thanks to JumpCloud’s intuitive design and feature-rich functionality, Articulate is able to control all of its devices more effectively and in less time.

“The user interface is just a much more modern and polished platform than either of the other two solutions that we had,” Shields said. “The one we had for Windows essentially had no functionality at all in comparison. It’s just so much easier than managing two separate repositories of things.”

JumpCloud has helped Articulate optimize its onboarding and offboarding processes. When a new hire starts, the IT team sends over instructions, and the vast majority of employees are able to get up and running themselves. “They just follow the instructions, download the files, run it, and there’s no problem,” Shields said. “It just works.”

JumpCloud also makes the offboarding process much smoother. “Because we’re fully remote, we don’t have the ability to take machines from departing employees,” Shields continued. “We have to be able to either lock or erase a machine, and with JumpCloud’s capabilities, it works very reliably.”

“It saves time because we’re not going in between two different systems to check to make sure the new hire has installed the right software, for example,” Phaneuf explained.

Since JumpCloud is always evolving and new features are being added, Articulate is confident they have an MDM solution that can grow alongside them.

“Some of the features that were on my wishlist when we first implemented JumpCloud have come to life, so that’s been pretty cool,” Phaneuf said. “Definitely utilize JumpCloud’s option to submit feature requests because they listen.”

JumpCloud changes the way IT administrators manage their organizations by providing a comprehensive and flexible cloud directory platform. From one pane of glass, manage user identities and resource access; secure Mac, Windows, and Linux devices; and get a full view of your environment.