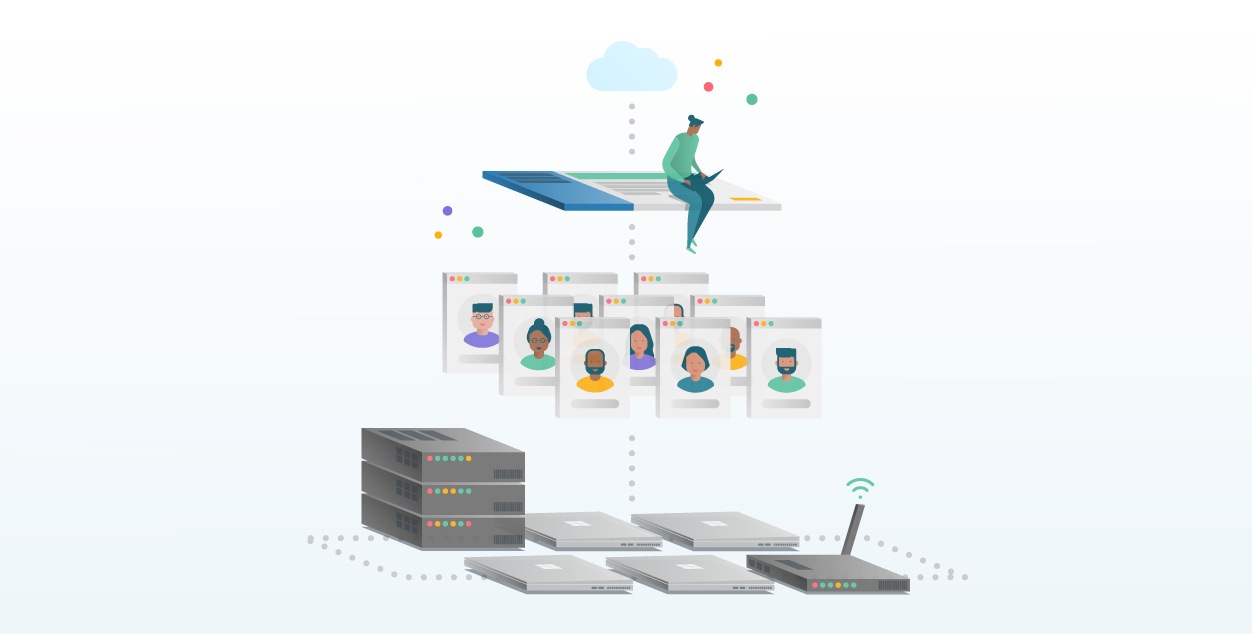 JumpCloud’s AD Integration (ADI) provides IT admins an all-in-one solution to complement their sprawling AD-based IT environments. Instead of leveraging SSO solutions, identity bridges, MFA tools, and on-prem RADIUS and / or LDAP servers, IT admins roll all of these disparate tools into one cloud-based solution. And with AD Sync – a key feature of AD Integration, IT admins gain the ability to simplify password management activities – especially for macOS users – by offloading password change actions to a self-serve process on their system.

It’s a win for everyone involved.

JumpCloud’s AD Import, the first facet of AD Integration, extends Microsoft® Active Directory® managed identities to resources not directly supported by AD. Simply sync users and groups from AD with JumpCloud® Directory-as-a-Service® and extend their access to networks, applications and systems—all while your users continue to access virtually all of their resources via their AD credentials. Simple for your end users and complete control for you.

AD Sync, the second critical piece of the ADI JumpCloud feature, enables users to change their password either in a web-based portal (all major OSes) or on the system itself (Windows® and macOS®) to help alleviate the burden of support tickets aimed at password resets. Passwords are automatically synced back to Active Directory, maintaining it as the core, authoritative identity provider for an organization.

If you’re interested in maximizing the ROI of your Active Directory implementation, schedule a personalized demo today to see how it works.