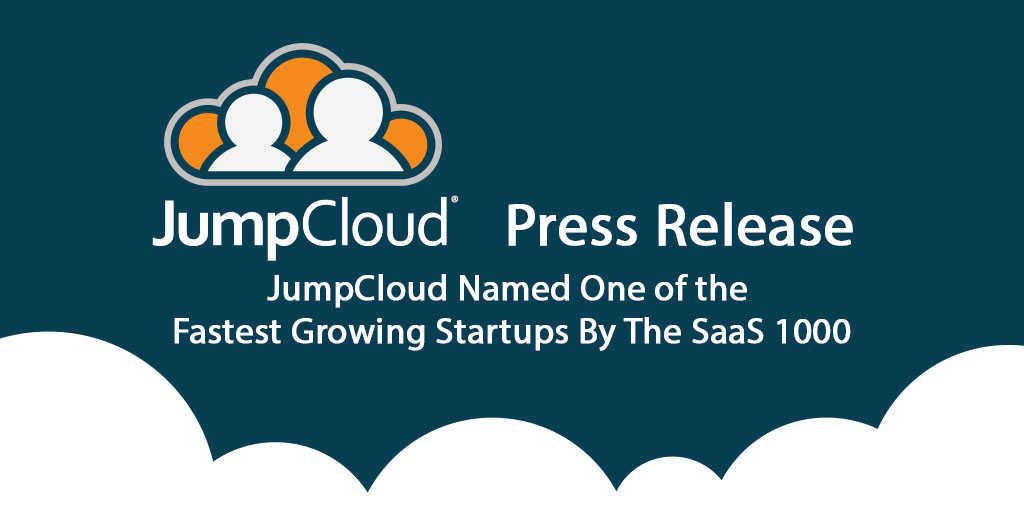 The SaaS 1000 is a list that indexes the fastest growing companies in the Software-as-a-Service space. The project was started by Tom Blue, founder of Lead411, and utilizes a proprietary algorithm to analyze growth indicators, company size, and hiring trends over a six month period.

Today JumpCloud Directory-as-a-Service appeared for a second time on The SaaS 1000 for Q3 2018. Landing at #46, JumpCloud saw a 31.67% growth increase in the last six month period according to the SaaS 1000 proprietary algorithm. JumpCloud has publicly announced its intention to hire an additional 50 engineers within the next several months.

JumpCloud is the world’s first, and only, Directory-as-a-Service. Serving to replace on-prem solutions like Active Directory® and LDAP, JumpCloud securely connects your users to their systems, applications, files, and networks through one unified cloud-based directory.

While as a private company we choose not to release specific employee numbers here at JumpCloud, we’re excited to say that our team is growing quickly and we plan to continue growing. If you’re interested in being apart of a once-in-a-decade opportunity to disrupt a multi-billion dollar market, check out our open positions on our careers page!

JumpCloud is taking an endpoint-centric approach to the Identity-as-a-Service (or IDaaS) space. Acting as a singular, cloud-based identity provider, JumpCloud seamlessly integrates with a variety of platforms, like Office 365™, AWS™, Salesforce™, and G Suite™, as well as manages users and their systems-whether Mac, Windows®, or Linux. No matter how complex the heterogeneous environment may be, JumpCloud frees IT admins of managing and maintaining on-prem identity management infrastructure, allowing them to focus on other vital responsibilities.