What Is ARM64 and Why Should You Use It?

Written by Kelsey Kinzer on November 2, 2021

Blog Home > Best Practices > What Is ARM64 and Why Should You Use It?

A few years ago, enterprises that wanted top-notch CPU performance had to contend with high-end x86 processors or go for costly PowerPC chips. At the time, the industry’s reliance on x86 chips seemed to be increasing. And when Apple announced nearly fifteen years ago that it intended to use x86 processors for its Macs, many observers concluded that the era of non-x86 processors was over.

An ARM64 processor is an evolution of ARM architecture that includes servers, desktop PCs, and the internet of things (IoT). ARM64 processors help address the increased processing demands from new technologies such as high-resolution displays, realistic 3D gaming, and voice recognition. But why should you use ARM64? Discover why ARM64 could be the future of instruction set architecture (ISA) in this blog post.

What Is ARM64? A Brief Overview

The ARM design has undergone several iterations. The first architecture — commonly known as ARM1 — used 32-bit registers with 26-bit address space. This limited the architecture’s main memory to 64MB. Arm Holdings later released the ARMv3 series that enhanced the processor performance. Additional iterations up to the ARMv7 series remained 32-bit, with each processor having 15 general-purpose registers.

Arm Holdings unveiled ARM64 — also called ARMv8-A — in 2011 to extend support for 64-bit computing. Unlike ARM32 that has 15 general-purpose registers, ARM64 architecture uses 31 registers, each 64-bits wide. As such, its registers can process larger numbers and hold more memory addresses.

ARM64 architecture also provides user-space compatibility with ARM32. This means that you can easily execute 32-bit applications in 64-bit operating systems (OSs). You can also place a 32-bit OS under the control of a 64-bit hypervisor.

Recently, the company unveiled a series of additional instruction sets for various rules. For example, the “Thumb” extension adds both 16-bit and 32-bit instructions for enhanced code density, while “Jazelle” incorporates those instructions that directly handle Java bytecodes. Other recent changes to the ISA include simultaneous multithreading (SMT) that improves fault tolerance and performance.

Why ARM64 Could Be the Future of ISA

Because of their reduced instruction sets, RISC processors require fewer transistors, which means a smaller size for integrated circuitry (IC). It also means RISC processors consume less power than CISC equivalents. Because of these features, original ARM processors (ARM32) are best suited for increasingly miniaturized devices such as smartphones and embedded systems.

With the increasing need to minimize energy consumption and enhance computational capabilities, there is a slow but steady transition to ARM64 architecture. Today, 64-bit ARM processors are reasonably pervasive, with mobile devices such as smartphones and tablets dominating the market.

The same applies to set-top boxes and single-board computing devices like Raspberry Pi, ROCK Pi, Asus Tinker Board, and Odroid. While desktop computers and servers running ARM64 processors are still rare, the breakthrough may be nearing.

For example, in November 2020, Apple Inc. unveiled the first Macs with ARM64-based M1 chips, debuting new MacBook Air, MacBook Pro, and Mac mini models. The company also announced plans to fully transition away from Intel to in-house chips over the next couple years. In June 2021, Microsoft Corporation announced that it is building native and interoperable applications for Windows 11 on ARM64 processors.

Both Microsoft Corporation and Apple Inc. are leaning into the low-power consumption and enhanced computational efficiencies in ARM64 chips to reverse a steady decline in PC and Mac sales.

AWS has since enhanced the capabilities of Graviton processors to deliver optimal performance, particularly in EC2 instances. The growth of Graviton processing in AWS has been driven by both significant cost reduction and strong processing power, both characteristics that are good for business.

Since AWS is a critical part of IT infrastructure for many companies these days, the chances are high that ARM64 chips could become the future of ISA.

What Are the Benefits of ARM64 Processors to Enterprises?

ARM64 processors are beneficial to enterprises because they can help:

Simplify the Management of ARM-Based Devices with JumpCloud

The debate surrounding ARM versus x86 processors is not going away anytime soon. To succeed, organizations must create an environment where the two architectures can coexist. Many enterprises are compelled to use siloed management practices because of the architectural differences between ARM and x86 processors, or differences in operating systems.

While these practices have worked to some extent in managing heterogeneous devices, many problems such as duplication of effort, increased management costs, and a lack of visibility still exist. This does not need to be the case. Instead, you can leverage a cloud directory platform like JumpCloud to simplify the management of heterogeneous endpoints, no matter if those endpoints are diverse in processor, OS (Windows, Mac, and Linux), location (remote, in-office, or a hybrid of both), ownership (corporate-owned device or BYOD), and more.

The JumpCloud Directory Platform allows IT administrators to securely manage Windows, Mac, or Linux devices from a consolidated admin console. The platform also enables IT administrators to access near-real-time reporting and granular security controls for every managed identity and endpoint, which means businesses of any size can easily implement a robust Zero Trust architecture and achieve compliance standards. 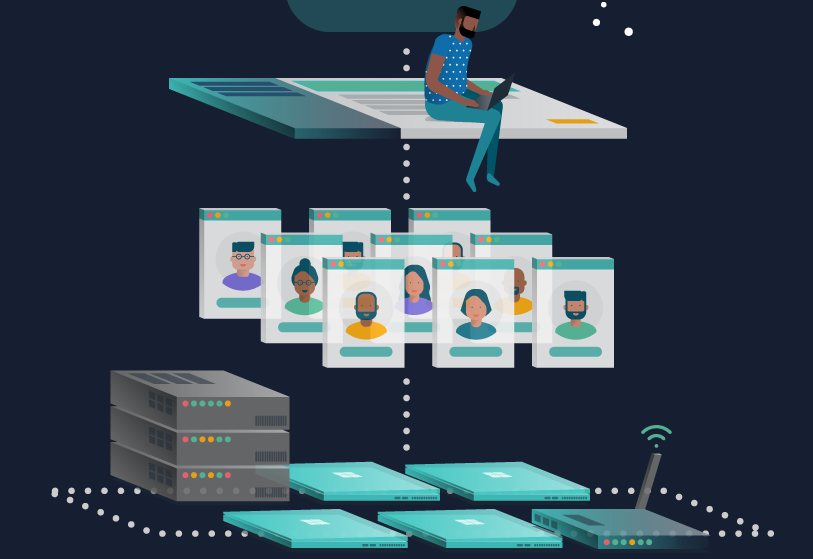 See How a Modern Directory Solution Can Work For Your Organization 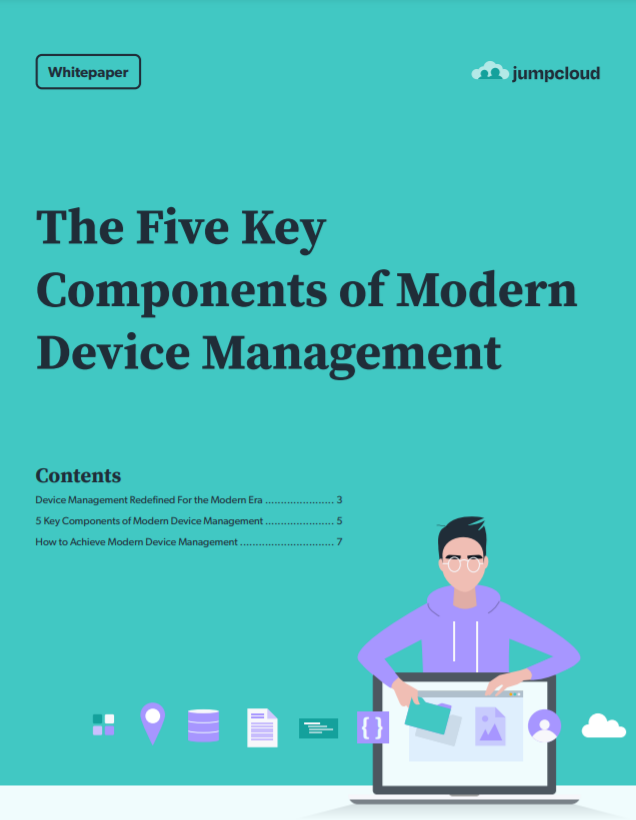