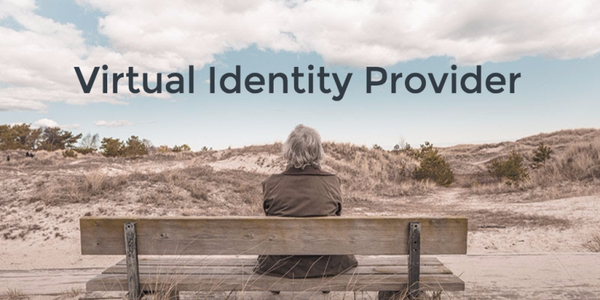 IT infrastructure is rapidly moving to the cloud. Applications, devices, and even network infrastructure gear are being provided by Infrastructure-as-a-Service, Platform-as-a-Service, and Software-as-a-Service providers. More and more, on-premises IT networks are resembling the WiFi network and the core directory service or identity provider. Everything else has largely been moved to the cloud. What’s left? The directory service is one of the last remaining servers on-premises. Modern, cloud-forward organizations, though, are making the leap to a virtual identity provider hosted in the cloud.

Housing Identities in the Digital Kingdom

Directory services are the keys to the digital kingdom. These solutions house the identities for each person in the organization. This includes their username, password, and what rights they have with various IT resources. Arguably, there is nothing more critical in an IT organization than this data. As a result, IT organizations have been reluctant to host identities, which are their most important digital assets, in the cloud. However, IT admins are now realizing that their legacy directory services solutions, such as Microsoft® Active Directory® and OpenLDAP™, aren’t keeping pace with the changes in their network infrastructure. Here’s why: cloud servers are prevalent, web applications exist for just about every function imaginable. Windows-based devices are moving to Mac® and Linux®. G Suite™ and Microsoft Office 365™ are shifting the email server along with major productivity applications into the cloud. This move to the cloud presents a very real problem to IT organizations.

Securely connecting their identity provider to all of these various platforms and cloud-based IT resources is challenging. There are real security and networking considerations to be solved. Legacy directories, such as AD and LDAP, weren’t created with the open Internet in mind. It was assumed that all users and IT resources would be located on-premises and behind the firewall. Today’s network isn’t behind a firewall or in the office. It’s worldwide, and the network perimeter is your user’s device.

The solution is a cloud-based virtual identity provider. Often called Directory-as-a-Service®, this platform is the next generation Active Directory or OpenLDAP. The cloud-based directory service is more than just an AD server in the cloud. It has been reimagined for the cloud era. The core user database is highly secure and federates identities in a variety of different protocols, including LDAP, SAML, RADIUS, and SSH. The directory service is scalable on-demand, and all maintenance activities are taken care of for the customer. The benefit to IT organizations is a cloud-based directory service that securely connects users to the IT resources they need, including devices, applications, and networks.

If you would like to learn more about how a virtual identity provider can support your identity management plans, drop us a note. We’d be happy to review JumpCloud® Directory-as-a-Service with you. Or, if you would like to try JumpCloud for yourself, you can sign-up for a free account. Your first 10 users are free forever.