Your travel guide for AWS re:Invent and beyond 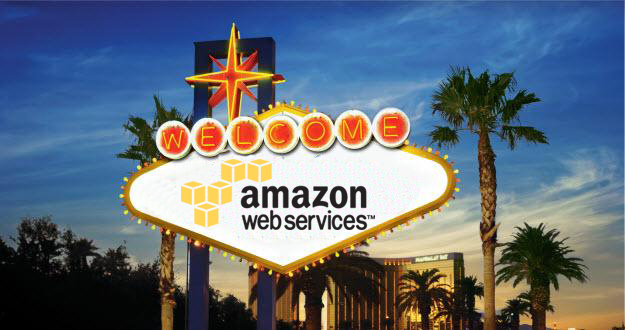 Next week JumpCloud will be at the AWS re:Invent conference in Las Vegas. JumpCloud’s booth is #748, conveniently located next to the Developer Lounge and the “Crack the Code” Activity Midway. For our fellow sponsors, it’s also close to the Sponsor Lounge (nice perk for sponsors, new this year) which is located all the way in the back. For anyone that isn’t intimately familiar with the floorplan, it’s towards the rear of the hall which is where where all the cool kids are going to be hanging out, so come say “hi.” We have a good set of people heading out — Rajat Bhargava, our CEO; Topher Marie, CTO (that’s me!); Greg Keller, CPO and cyclist extraordinaire; Robert Phillips, CMO; and Laura Crow, Marketing.

What I’m excited to see

There are so many sessions to choose from, it’s difficult to narrow it down into a workable agenda. But I’ve done just that, and you are welcome to borrow ideas from mine!

And trust me, you need to plan your agenda before you go in order to make the most of your time and your trip.

5pm – 7pm: Welcome Reception (AWS re:Invent Central) – This is the first exposure you’ll have to the sponsors, the expo hall, the other attendees, and the general awesomeness that is AWS re:Invent. Stop by, snag some swag, and stroll around the hall that’s going to be filled with the latest and greatest technologies in the cloud space today.

9am – 10:30am: Keynote address – First off, can you imagine being the person standing in front of 13,000 eager re:Invent attendees, them all hanging on (and Tweeting) every word you say? That would be such a rush. The honors this year go to Andy Jassy, Sr. VP, AWS. Andy leads the AWS business and the Technology Infrastructure organization for Amazon.com.

9am – 10:30am: Keynote address – Werner Vogels, CTO, Amazon will be delivering this talk. He’ll probably deliver product announcements and customer stories, so it’s bound to be an interesting session.

1:15pm: ENT309: Architecting for Performance and Security in the Hybrid Enterprise. Delivered by Steve Riley, Deputy CTO with Riverbed Technology.

The re:Invent Party starts at 8pm and runs until midnight. I’m excited to see who’s playing, and I suspect that it will either be Deadmau5 or Skrillex. If I’m right, here’s my proof that I can read the future.

Phew, ok, that’s the important part, the responsible adult part, and the reason we’re all going out; but there’s a rationale for holding conferences in Las Vegas and not Salt Lake City.

Here’s our OTHER agenda.

The Pub Crawl. Do this. Yes, it’s awkward and cheesy that you’ll be wearing the lanyard. Nobody looks cool in a lanyard. Google it, the phrase “looks cool in a lanyard” doesn’t show up in the history of the internet. But you’ll never get into Tao Nightclub this easily again, without slipping someone folded money. Extra special thanks to Trend Micro for sponsoring this stop. I submit that the cost of your re:Invent ticket is probably less than bottle service would normally be. Different crowd than a standard Vegas night, but it’s a cool interior and open bar. To accurately describe Tao nightclub could take me until after Re:Invent is over, so I’m going to plagiarize from the description of Tao off of their Facebook page (full credit goes to Tao, so it’s not actually plagiarism):

“An extensive collection of Buddha statues watches over every corner of Tao, including a 20-foot Buddha that “floats” peacefully above an infinity pool complete with Japanese koi. The nightclub is accented by a moat bar, adorned with … a wall of almost 300 hand carved monks and candles.”

Do Madame Taussad’s. If you’ve never been to a wax museum, well, they’re pretty much what you expect. But there’s not much crowd, and you can take pictures like this one to fool your friends into believing you met a celebrity in Vegas.

The bull at RockHouse, a stop sponsored by Nike, is worth watching, but when I tried to ride last year they said no. Apparently they don’t trust engineers to not 1) get hurt and 2) sue.

VBar was the first “Ultra Lounge” in Las Vegas, and it’s still a trendy spot to get a martini. Our friends at VictorOps are sponsoring this one, so we know it’s going to be a fun party.

Ok, I’ve cribbed off this list from Eater for some new places to try. Their list contains several places I’ve enjoyed before (Picasso, Joël Robuchon, Le Cirque… Metro Pizza), so I trust their taste.

SW Steakhouse. In the Wynn, right across the road from the conference, and one of only three restaurants in the U.S. that offer certified genuine Kobe beef. Just like at the Picasso I hope we can sit outside for the water show.

Rose.Rabbit.Lie.. I do feel like they missed out on an opportunity with their URL… rose.rabbit.lie.vegas?

Wynn Buffet. We love this buffet. Always a great selection, and like any buffet enough to make you regret your choices. There are small pictures of hummingbirds in the dining area. I don’t recommend the champagne supplement if you’re trying to be productive… so skip that at least in the morning. Oh, and if you stay at the Wynn “The Buffet” is sometimes included with the cost of your room. In class Wynn style, this is how they do a buffet:

I’m staying the weekend after re:Invent, otherwise the drinking part would be pretty hard to fit in. Especially with the events and the pub crawls, et cetera, that are already built into the event. Since we have a couple of non “school-nights”, let’s find some good cocktails.

Herbs & Rye. Via the Serious Eats article on where do bartenders drink in Vegas, this one is brought up again and again as one of the best cocktail bars in the city. Fernet on tap. Can’t wait to try it, it will be my first time.

Vesper Bar. This one was introduced to me by my friend and cofounder at JumpCloud, Travis Yoes. Great for people watching, and it’s right near Rose.Rabbit.Lie. so the logistics work out. And yes, they make a good Vesper martini.

Parasol Up. Among my friends, if I said to “meet me at my bar” in Las Vegas, this is the one they’d know I meant. I’ve sat in their plush garish chairs for hours, smoking a blondie cigar, drinking dirty/wet martinis and eating those spicy green wasabi nuts that hit you right in the sinuses, watching the french circus balloons barely move. I’ve sat with my laptop, coding diligently and answering emails, before heading to the airport after checking out of the hotel, and I’ve sat blurry-eyed waiting for my room to be ready after arriving on an overnight flight. The drinks are honestly not all that fantastic, once I had to explain what was in an Aviation, but there’s just something about that place that I love.

Minus 5 Ice Bar. I stumbled upon this bar in the Monte Carlo, and it’s quite an experience. They provide you with a long fur coat, boots, gloves, and a fuzzy hat, because when you enter the bar, it is literally minus 5 degrees (Celsius, but still). Furniture and light fixtures are all made of ice, glasses are made of ice, the floor is ice, you get the idea. The only non-ice material in there are the fur throws placed on the benches so you’re not sitting directly on cold hard ice. A fun way to beat the Las Vegas heat.

High Roller Last time I was in Vegas, they had just opened the High Roller ferris wheel (if you can even call it that). It’s about $30 per person, but you stand in an air conditioned pod with an open bar, and slowly circle around for about 20 minutes. The views. are. spectacular. It’s the second (maybe third) tallest structure in Vegas, so you get a true bird’s eye view of the action. We saw the Bellagio Fountain show, the Treasure Island pirate / lava show, the entire skyline, and even the last hint of a sunset behind the mountains. I’d be willing to bet that the lines will be pretty long, so only do this is you have a leisurely amount of time.

Hoover Dam This is a stretch because you’d need to rent a car and probably take a whole day, but the Hoover Dam is a very impressive sight. It’s an behemoth concrete arch-gravity dam in the Black Canyon of the Colorado River. If you’re feeling adventurous, take a helicopter ride through the area. Or if you don’t have time, just look out of the airplane window as you approach Vegas – almost the same thing.

Roller Coaster at the New York New York. I think that one is pretty straightforward, and if further explanation is desired, I bet you, my fellow AWSers, know how to use Google.