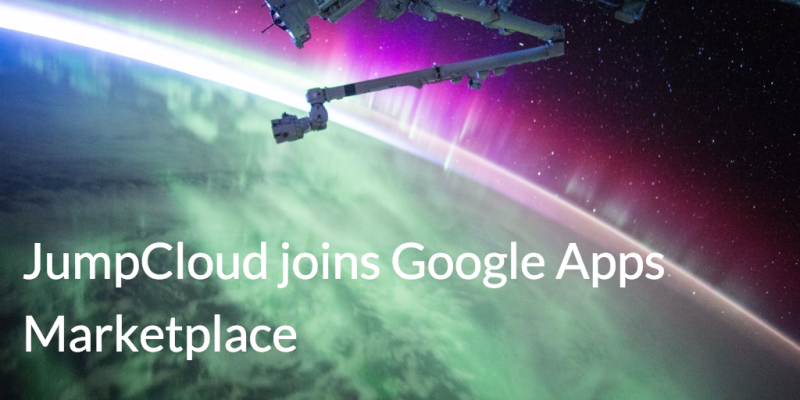 JumpCloud’s Directory-as-a-Service securely connects employee identities with the IT resources that those employees need, including systems, applications, and WiFi networks. So, what’s one of the benefits of JumpCloud’s identity provider? Well, Google Apps organizations can now leverage their user’s Google Apps identities in more places. Currently, Google Apps Directory is focused on providing authentication services for Google applications and some select web-based applications. The challenge for IT admins is how to connect all of their IT resources with the same identities that are used to access Google.

Expanding the Benefits of Google Apps

Google Apps has made tremendous progress since replacing Microsoft Exchange and becoming the productivity solution of choice. In fact, over six million organizations with over sixty million users are leveraging Google Apps. While Google Apps can replace the legacy email server, it is not a replacement for Microsoft’s Active Directory. As a result, Google Apps customers wind up with parts of their network residing in different places: on-premises and in the cloud. By extending Google Apps with JumpCloud’s Directory-as-a-Service platform, IT organizations can completely shift to the cloud.

Get in Touch with Us Today

If you would like to learn more about how Google Apps and JumpCloud’s cloud directory service integrate, drop us a note. Or, feel free to sign-up for a free account. Your first 10 users are free forever.