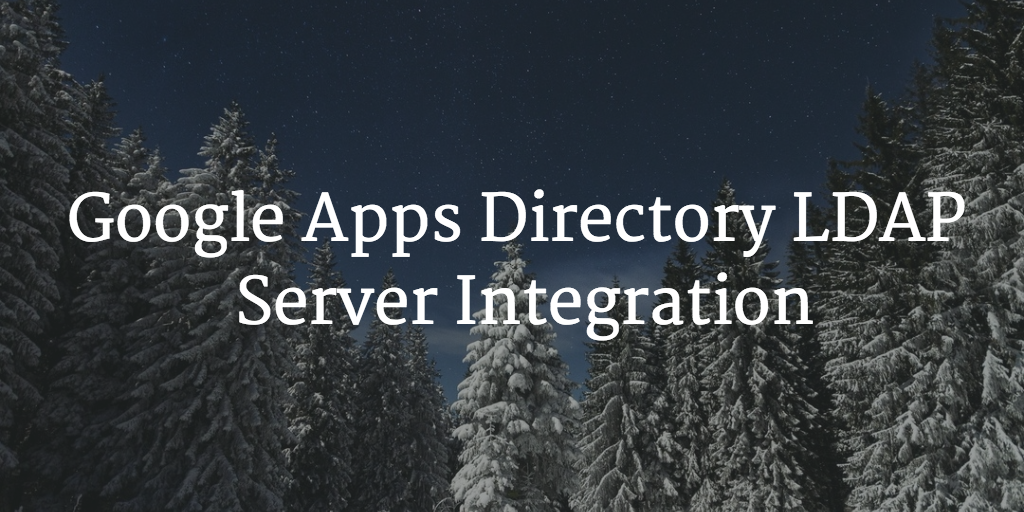 A Tale of Woe: Google Apps, Active Directory, and OpenLDAP

Over 6 million organizations are leveraging Google Apps. They’ve exchanged Microsoft infrastructure for Google email and productivity applications. Unfortunately, organizations that leverage Google Apps still struggle with directory services. Historically, Microsoft Active Directory and OpenLDAP were the choices when it came to selecting a core user store. Organizations would connect their devices and applications to their core user store to control access. In many of those cases, the connections were made via the LDAP protocol.

As organizations moved to Google Apps, the ability to connect users to their devices and non-Google Applications became much more difficult. Organizations would either have to keep their Active Directory instance on-premise or use OpenLDAP. Both of these options were less than ideal, since a great deal of their infrastructure was already in the cloud with Google Apps. Moreover, all of their devices and applications could not be authenticated with their Google Apps identities. Another downside to this approach? It creates two separate silos and locations of infrastructure, resulting in additional work and time for IT.

A better approach is to integrate Google Apps with a cloud-based directory services infrastructure so that everything is in the cloud. Specifically, you’ll want to integrate an LDAP server with your Google Apps identities. Let’s take a closer look at how it works. A Directory-as-a-Service platform is integrated with your Google Apps infrastructure. DaaS serves as the core user store and federates identities to Google as well as other devices and applications. DaaS leverages additional user authentication protocols such as LDAP, SAML, and RADIUS among others. Your users can leverage their Google Apps logins in a couple of ways: through LDAP-based applications and  WiFi access via RADIUS. The Google Apps login is leveraged across all of your devices and applications.

Integrating LDAP into your infrastructure along with Google Apps greatly enhances your ability to utilize more applications and devices. If you would like to learn more about how Directory-as-a-Service functions as a cloud-hosted LDAP server as well as a hosted RADIUS solution, drop us a note. We’d be happy to discuss it with you.