SOTU: Is DevOps a Culture, Tool, or Expertise? 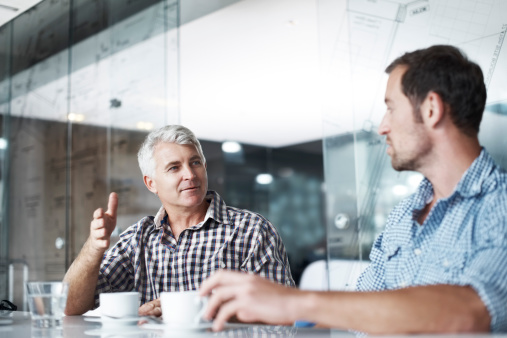 Tarun Bhatti, who leads the efforts for Rackspace’s DevOps group, led the first open discussion at our DevOps State of the Union event recently in Boston. Tarun started off with an excellent story about why DevOps is so important to Rackspace: a few years ago, Rackspace would release new products every 2 years which for their industry they deemed as being too slow [editor note: for any industry!]. So, they embarked on a journey to embrace and leverage DevOps to reduce their cycle time while increasing throughput. The results were resounding with Rackspace releasing 18 new services in a 18 months, which is a dramatic turn of events for them and served as the catalyst for the new Rackspace DevOps service that launched recently.

Tarun’s story quickly opened the door to a wide-ranging conversation around the table about  whether DevOps should be viewed as a culture, tool, or skillset. The discussion touched on a number of areas including whether certain things are prerequisites for DevOps, whether tools are critical to DevOps, and where and how to hire to help with DevOps.

Our friend, John Dix, co-founder and managing editor of Network World, immediately jumped into the discussion talking about whether cloud, Agile, virtualization, and a number of other areas were prerequisites to being a DevOps organization. I loved John’s question because what he was really asking was whether DevOps is secular. The responses were very interesting because some of the group absolutely believed that without cloud and automation you couldn’t practice DevOps. It was hard not to get into this discussion without saying what is DevOps. I pointed out that broadly, I believed that DevOps was about rapid iteration to find the best product / market fit. Not a very technical definition of DevOps! It’s a definition that we use internally at JumpCloud. Our next generation cloud identity management platform, called Directory-as-a-Service®, is constantly being iterated on. We are tightly working with our customers and that is how we’ve expanded from just doing central user management to having capabilities such as hosted LDAP, RADIUS-as-a-Service, True Single Sign-On™, and much more.

As the discussion morphed, many found it hard not to touch on the tooling side of things. Tools have been such a key part of the DevOps movement, but there really was general agreement that it’s not the tools that matter in DevOps, it’s actually the language that matters. Or better said, there has to be a consistent language that an organization uses. It didn’t matter what configuration tools they use, but that they all talked in the same language around that particular tool. It was a shared syntax at a meta level that mattered.

Tarun then helped the discussion move to talking about people. At the heart of DevOps, of course, are the people. How do you find people who can build DevOps in your organization. Tarun talked a bit about how Rackspace has really transformed their internal processes — and company as a whole — to be a high-functioning DevOps organization that is now capable of managing DevOps environments externally even for customers.

While DevOps is still in the eye of the beholder, it is clear from the discussion that the group assembled was thinking about it strategically and more culturally than from a tactical perspective. Tactics mattered and helped to drive some of the benefits, but cultural buy-in from an organization was critical to success.