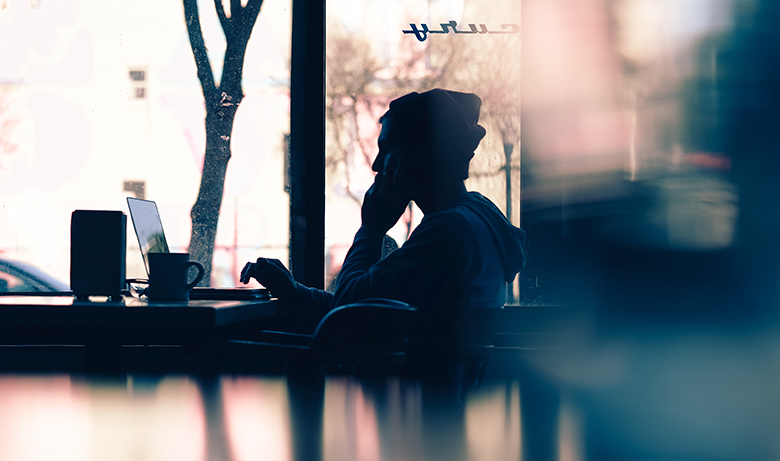 Natural disasters (particularly hurricanes and wildfires) conjure images of flooded roadways, buildings without power, and homes ablaze against the juxtaposition of night. Depending on the extent of damage, people can either return to work shortly thereafter or engage in lengthy cleanup efforts both physical and digital.

In this post, we will document recent disasters as well as focus on preemptive, cloud-forward steps IT organizations can complete to make getting back to work relatively easy. Relative is the key word here, because with any natural disaster there is a significant amount of effort just to get back to work, so we don’t want to minimize that struggle. That said, we will start by discussing some recent natural disasters and their impacts. Then, we provide actionable steps you can take to minimize the damage caused by those events.

Many hurricanes result in flooding, but you don’t need a hurricane for a flood to occur. In nearly 43 percent of all recorded natural disasters flooding ensues. [World Economic Forum, 2016] We all know that servers, or most electronics for that matter, are not waterproof. Once water splashes onto a powered-on logic board and makes contact between two unintended points, the resulting short circuit means you’re hosed (pun intended). To multiply that scenario by 10,000, when your building floods with 3+ feet of water and submerges your server room, you can assume that most of those systems are trashed.

The past two hurricane seasons have been particularly devastating in terms of flooding. In August 2017, Hurricane Harvey dumped some 33 trillions of gallons on the United States—primarily in Texas, Louisiana, Tennessee, and Kentucky [Washington Post]. The majority of that water dropped on Houston, which as a result experienced extreme flooding in what is possibly the worst flooding event in recorded history.

Fast forward to 2018, not one, but two extremely powerful storms hit the continental US. First was Hurricane Florence. Florence came out of nowhere and stayed a while—camping over North Carolina before shifting south. The slow-moving storm unloaded water over the Carolinas as well as Virginia and caused rivers to swell above capacity, which resulted in severe flooding. Damage to roadways, telecommunications infrastructure, and most likely some servers resulted from the 18 trillion gallons of water that fell as a result of the storm. To put that in perspective, 18 trillion gallons of water is equal to 14 years of accumulated rain and snow in the Denver area. [Denver Water Tap, 2018]

The next storm within the US was Hurricane Michael. Lashing out at the Florida panhandle, Hurricane Michael was the strongest storm to hit the continental United States since 2004. [Fortune, 2018] Measurables from the storm include a 14-foot storm surge and 155 mile-per-hour winds. The storm virtually destroyed Mexico Beach, which is a small retirement community on the Gulf of Mexico. Photographs from the storm document just how catastrophic an event of this magnitude can be for an entire town and the surrounding area, not to mention the IT infrastructure lost along the way.

The 2018 California wildfires serve as a grim reminder of the drought conditions the state has long faced. Two of the biggest fires, Camp Fire in Northern California and the Woolsey Fire in Southern California, ravaged their respective areas. While the means by which property is destroyed are very different between hurricanes, flooding, and wildfires, the results are often the same—loss of life, razed structures, and inoperable businesses.

The Camp Fire, according to the Independent, “burned down more than 6,700 homes and businesses in the town of Paradise – more structures than any other wildfire recorded in California.” A major culprit for the spread for fire was the wind conditions. “The winds were phenomenal, pushing everything down across the roadways. Roads were simply blocked,” said Scott McLean, the deputy chief of Cal Fire. [The New York Times, 2018]. Sadly, much like the town of Mexico Beach, that fell victim to Hurricane Michael, the town of Paradise, California is “pretty much destroyed” [ABC 10, 2018]. It should be no surprise that The Camp Fire is considered the most destructive in California history.

In Southern California, the Woolsey burned in excess of 91,500 acres and claimed at least 370 structures. [LAist, 2018]  Evacuations soared, and there were around 170,000 mandatory evacuations. [Curbed Los Angeles, 2018] That would be like having to evacuate the capital of Oregon.

What Can IT Do to Safeguard Data?

Despite the awful impacts to human life, at some point we shift our focus to ways that we can mitigate the troubles brought forth by natural disasters. So, what does this mean for business? Well, the Institute for Business and Home Safety says that 25 percent of businesses that face a natural disaster, whether it is flooding, hurricanes, tornadoes, or wildfires, will not reopen their doors. [Institute for Business and Home Safety, 2007]  And those that do stay in business may not do so for long. FEMA, on the other hand, sees that 25 percent estimate as low. According to FEMA’s own metrics, some 40 percent of small businesses never reopen their doors following a natural disaster. [Hewlett Packard Enterprise, 2017] The biggest way we can ensure that data is safe is to develop methodology to keep it that way. One of those methods is the cloud. When we shift our data to the cloud, on-premises losses aren’t quite as severe. You may lose some endpoints and equipment, but you can save your extremely valuable data. Below, we’ll highlight some methods to keep your information safe.

It’s important to realize the importance of safeguarding your data before we talk about ways that we can do so. “Gartner Group studies reveal that close to 40 percent of businesses that undergo catastrophic data loss or data center downtime never recover from it. And 2 out of 5 businesses die when faced with such catastrophes.” [LifeLine Data Centers, 2018] Clearly, protecting your data should be at the forefront of your IT organization’s to-do lists… But how? A best practice to consider is the 3-2-1 rule. The 3-2-1 rule stipulates that you have (3) copies of your data on (2) different types of storage and backed up to (1) offsite center. So, how can you do that?

The first consideration is that you have backups of your data on smaller external hard drives that you backup at regularly scheduled intervals. It just depends on how critical the data is that you’re saving. Tools that come with popular operating systems are: Time Machine for macOS® and File History for Windows® 10. These applications allow you to automate backup procedures so you can acquire that first backup.

Now that your data is off the endpoint and onto a secondary storage medium, consider a network attached storage (NAS) solution as your (2) backup. A NAS system is a centrally located storage system that allows for your users to connect to heterogeneous computing environments. Think of NAS as a system built for the sole purpose of serving files. Seagate says that having a NAS device is like having your own personal cloud. It’s expandable, and because it works within a platform-neutral environment, users of most Windows, Mac®, and Linux® OSes can leverage it.

The most pivotal of all these backups is by far the cloud backup. Many competing companies are vying to be your cloud backup service. What most have in common is the ability to save your data when natural disaster strikes. How is this accomplished? First, the benefits of a cloud storage system (Amazon Web Services®, Google Cloud™, Azure®, and many more) is that there are no additional on-prem costs or maintenance required on the part of the IT staff. Because the servers used for backup and retrieval of information are offsite, you can rest assured knowing your data is backed up.

Second, companies who offer cloud backup do so redundantly. For example, when you sign up for Amazon Glacier or Amazon Simple Storage Service, your data gets stored on three different machines within the same region [Amazon]. With Google Cloud™ Storage, your data is automatically stored to multiple regions with no additional user action required [Tech Crunch, 2018].

Third, with these options you only pay for what you need. That makes the service scalable as you grow. You do not need to sink a huge investment into a bunch of file servers, you just team up with a cloud storage provider and utilize exactly what you need. Finally, with cloud storage solutions, you can connect to your files from anywhere there is a network connection. That means that if a natural disaster were to demolish your building, your data would still be safe in the cloud and accessible from a safe location.

A vital aspect of your IT infrastructure to consider is the directory or IAM solution you utilize and whether it can shift to the cloud. The directory is a core piece of your infrastructure. It provides identities to users and allocates access to certain IT resources including: systems, applications, files, and networks. In a natural disaster, your users would no longer have an identity to leverage to log in to their most widely used services. If a flood or fire were to wipe away your on-prem Microsoft® Active Directory® solution, you would also lose a crucial aspect of your IT security functionality. Gone would be your ability to set up company security standards like automatic OS updates, full disk encryption, screen locks, and more.

When you’re looking at offsite storage, NAS devices and more, consider putting your directory in the cloud as well. JumpCloud® Directory-as-a-Service® is a secure, safe way of storing identities in the cloud and it enables you to connect to just about any resource whether it’s cloud storage, systems, or NAS devices—all with a single identity. Because JumpCloud is a Software-as-a-Service (SaaS) provider, you pay an easy-to-understand monthly or annual fee. Be proactive and help yourself to mitigate the challenges of natural disasters by moving your critical infrastructure into the cloud where it is safe from floods, fires, and whatever else mother nature can throw at it.

Now that we’ve seen how cloud resiliency can mitigate natural disasters from hurricanes, flooding, and the California wildfires, feel free to drop us a line and see just how the cloud can bolster your IT infrastructure. Also, sign up for a free account today. With no credit card required, our free account allows you to manage up to 10 users at no cost.