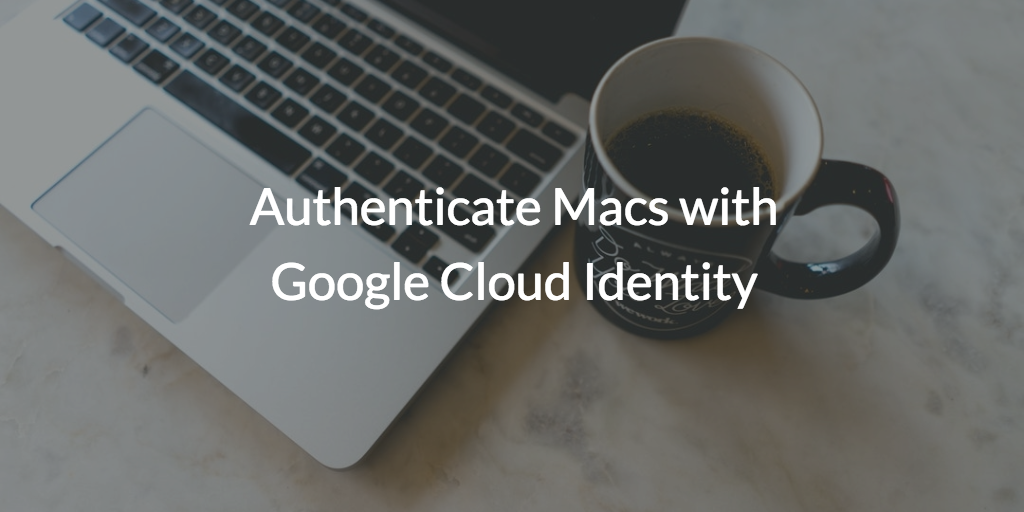 Before addressing this question, it’s important to take a step back and understand the entire IT landscape.

From Microsoft to Google and The Cloud

Historically, the identity and access management space has been dominated by Microsoft® Active Directory® (AD), and the on-prem identity provider connected user identities to predominantly Windows resources. In an all on-prem, Microsoft world, AD offered IT great control over their environment, so it grew to monopolize the directory services market.

Then the workplace transformed. Users gravitated toward using Mac and Linux systems. Web-based applications replaced conventional software. And the cloud removed the need for on-prem infrastructure.

So, is Google Cloud Identity an Alternative to AD?

The good news is that by integrating a next generation IDaaS platform called Directory-as-a-Service® (DaaS) with G Suite Directory you can leverage Google Cloud Identity credentials for Macs.

Authenticating Google identities to Mac systems starts by placing a lightweight agent on all of your Mac devices. Next, through the cloud identity provider, local user accounts are created on the Mac devices. Then, these local user accounts are tied to the Google Cloud Identities that have been integrated and are being managed in the cloud by DaaS. Now from one central location, it’s possible for IT to authenticate Macs with Google Cloud Identity.

Extend Google Cloud Identities to all IT Resources

Authenticating G Suite users to their systems is just the beginning.  With our virtual identity provider, it’s also possible to run tasks, execute commands, set policies, and conduct audit logging. In addition to comprehensive system management, our identity bridge can extend your Google Cloud Identities to LDAP and SAML enabled applications, remote servers, and networks via RADIUS. Google Cloud Identities gain frictionless access to IT resources, and IT achieves powerful control over the users and Mac, Linux, and Windows systems in their environment.

Furthermore, with our DaaS and G Suite integration, you no longer have to have Active Directory. If you must retain AD, then you can bridge your AD credentials to be the same ones for Google Cloud and for your Macs. To learn more about our AD Integration, consider watching this whiteboard video or reading about how to extend AD identities to unbound AD resources.

For more information on how to integrate Google Cloud Identity with JumpCloud, consider watching this tutorial video which you can find below or consider visiting this support page.

If you are ready to learn more about how to implement our cloud identity provider, drop us a note. We also encourage you to sign up for a free demo or discover how you can authenticate Macs with Google Cloud Identity by signing up for a free account. Your first ten users are free forever.