Written by Pam Lefkowitz on December 2, 2021

Can you boot into the BIOS?

Can you startup in recovery mode?

What is your IP?

Who is your ISP?

As a customer on a tech support call, these questions are simple to answer — because you and I are techs. For what it’s worth, that person on the other end of the phone? We are often that  person’s nightmare because we know too much. Rather than wait for them to go through their process, we predict what they’re going to ask and have usually already done the work they’re asking about. That can be frustrating for them and for us. We forget that they have to go through their process because of: (1) their job description and (2) it helps them build the bigger picture in their minds. But that’s not what we’re supposed to be talking about today. It’s not all about us. We are not the center of attention. The world does not <gasp!> revolve around you and I! Shocker.

Instead, let’s talk about the client. Because the world does revolve around them. They are the center of our universe and we are their heroes, saving them from the evil hands of hackers and runaway processes.

We all became IT professionals for different reasons. Maybe we fell into it (like I did), maybe we studied it in college, or maybe we made a conscious decision to change careers when something wicked cool crossed our path, or maybe we saw IT consulting as a way to make a respectable dollar. I don’t know what your motivation was, but here we are. We have different goals and different reasons for doing IT, and our jobs can vary widely, but the one thing that binds us together is shared language. That language is also the one big thing that confuses our co-workers or clients. Or pretty much anyone not in our circles. I’ll be honest, there are times when I’ll sit in a meeting and a tech topic comes up that I’m inexperienced with and the participants may as well be speaking Portuguese. Nobody likes to feel stupid or left out.

Even if I haven’t used Nick Burn’s words before, much of my weekly column is about the differences between working from the ego and working from a customer-focused perspective. To be the hero, we must put our egos aside and operate from a service-led point of view. The customer (or user) is the top priority — not being right, not being better, not being smarter about tech. If we think of our users as customers we want to retain, that can help us put their need to have working tech ahead of our need to be the smartest person in the room (even if we are).

It’s important to let the customer be part of the solution. To be the hero, we have to help our users be heroes. Explaining our solutions can take various forms:

The timing of an explanation will be determined by the difficulty of the problem. I found that the more concentration a problem required, the less likely I was to explain along the way. Letting the client know up-front that I will be sitting down with them for a debrief after solving the problem was my “go-to” in those situations.

“When You Said You Would Take Me To California For The First Time, I Thought You Meant Coachella Or Disneyland.” 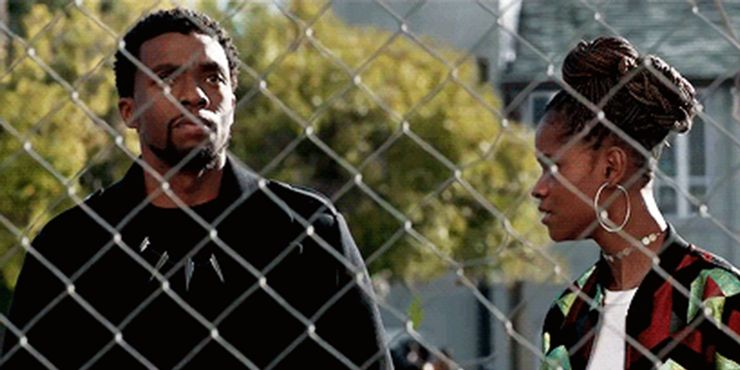 The explanation was the challenge. How do I make the tech bits understandable to the client? We have to find the relatable items in their life. I used the human body to explain the difference between RAM and a hard drive. The hard drive gets full like the stomach does, and at some point needs to be emptied. The RAM is your own memory, which also can need a reboot to shake out the cobwebs (our reboot might be a walk around the block or a night of sleep). Was that perfect? I’ll bet there are IT folks out there who would take umbrage with my descriptions… but your opinions don’t really matter for this. It wasn’t a lesson in anatomy and physiology, nor was it a basic computer engineering course. It was a way to relate my tech work to my client’s ability to understand tech. It worked *for my clients* and THAT was the only thing that mattered.

For networks, I often used a neighborhood analogy. Chicago is filled with different neighborhoods – each having their own personality… just like VLANs. This worked well as a method to describe networks for my clients. For network issues, I was able to draw (albeit very rudimentary) pictures of clouds and arrows and computers. They were terrible drawings, but they got my point across.

And with every instance, I kept at the forefront of my mind the fact that as much as I wanted them to understand and deeply appreciate the work I did for them, they did not need (or want) to know how the sausage was made. I didn’t try to educate them to be support staff. I did try to educate them to a car-owner level. Meaning: I’m no mechanic. But I do know how to put gas in my car and I know how to check the tire pressure and the oil level and I can put washer fluid in. The rest I basically leave up to my mechanic. Same for my users and their tech. I give them the tools and some very basic tasks. But anything more than those requires a call from me.

What we want to say: What we should probably say:

Take your time with your users. You shouldn’t be talking down to them, but you should speak at a level that increases understanding between the two of you. Always come from a place of service, a place of humility, a place of radical candor. Your users are the reason you’re able to pay your bills each month. You want to keep them happy. While fixing user issues meets your KPIs, having users who feel respected and cared for keeps your stress level down. The language we use with our customers is how we show them we respect them. In my experience, respect given is returned manyfold. Let’s unpack IT-speak in the JumpCloud Lounge #AdminLife channel!