Webinar: Learn how to improve WFH security in our Sept. 29 webinar with a former General Electric CIO & an industry analyst Register today

JumpCloud’s Directory-­as-­a-­Service® is the next generation answer to Identity-­as-­a-­Service. With tight integration with Microsoft Office 365, JumpCloud’s cloud­-based directory eliminates the need for Active Directory®. Now, organizations can centralize their identity management with JumpCloud and provision, de­provision, and manage user accounts within Office 365. If Office 365 is in place before JumpCloud, all user accounts can be imported and subsequently managed by JumpCloud. JumpCloud and Office 365 change the game for IT admins, allowing organizations to make the complete leap to the cloud. 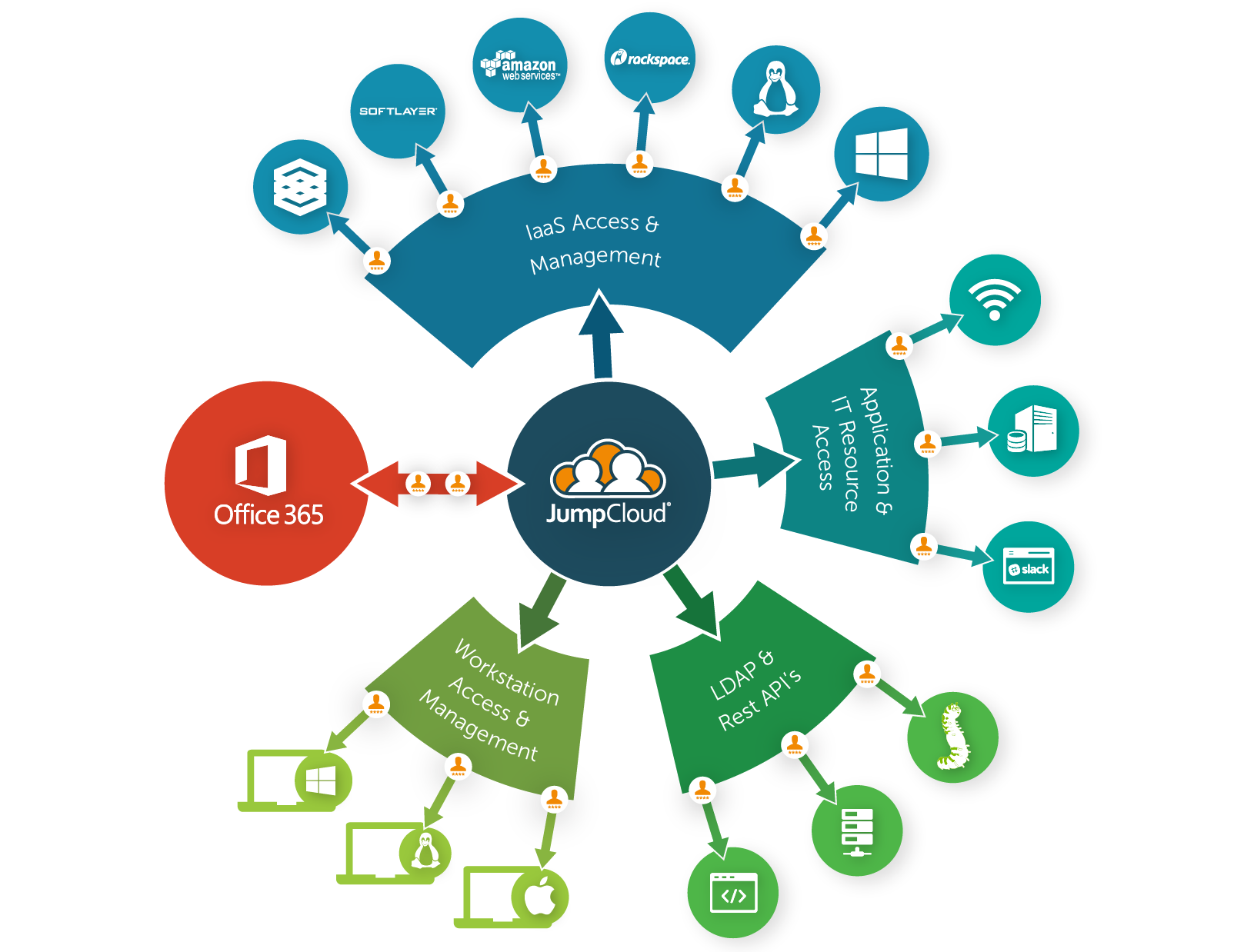 Zero middleware servers. Zero need to run Azure AD Connect. Zero hassle. JumpCloud’s integration requires nothing more than a administrative service account which we authenticate via an OAuth connection to maintain a secure, persisted connection between JumpCloud and your Office 365 tenant.

Create new accounts within Office 365 as you onboard employees. Leverage JumpCloud’s Groups to instantly create accounts when a new member is added to the group.

Import and take over accounts that were previously created within Office 365 to ensure they are under the control of JumpCloud’s directory services.

Allow users to manage their own changes – name changes, password changes and more – and automatically sync them to their Office 365 accounts.  JumpCloud will act as the master and push all changes to the Office 365 profile.

Optionally use JumpCloud’s SAML 2.0-based single sign-on in concert with Office 365 integration for a complete user management and security solution. Allow employees to trigger their Office 365 sessions from their JumpCloud User Portals alongside their other SAML-enabled web apps.

Admins can rely upon JumpCloud’s one-click deprovisioning to unbind and instantly block (e.g. suspend) a user in Office 365. Conversely, the account can be re-activated within Jumpcloud’s Admin Console.

For organizations still leveraging Active Directory, AD accounts can be bound to Office 365 identities to ensure AD maintains its stance as the master authority, with JumpCloud acting as a cloud-based conduit to keep them bound and in sync with each other.  All password changes will initiate from AD and JumpCloud will reflect those immediately within Office 365. 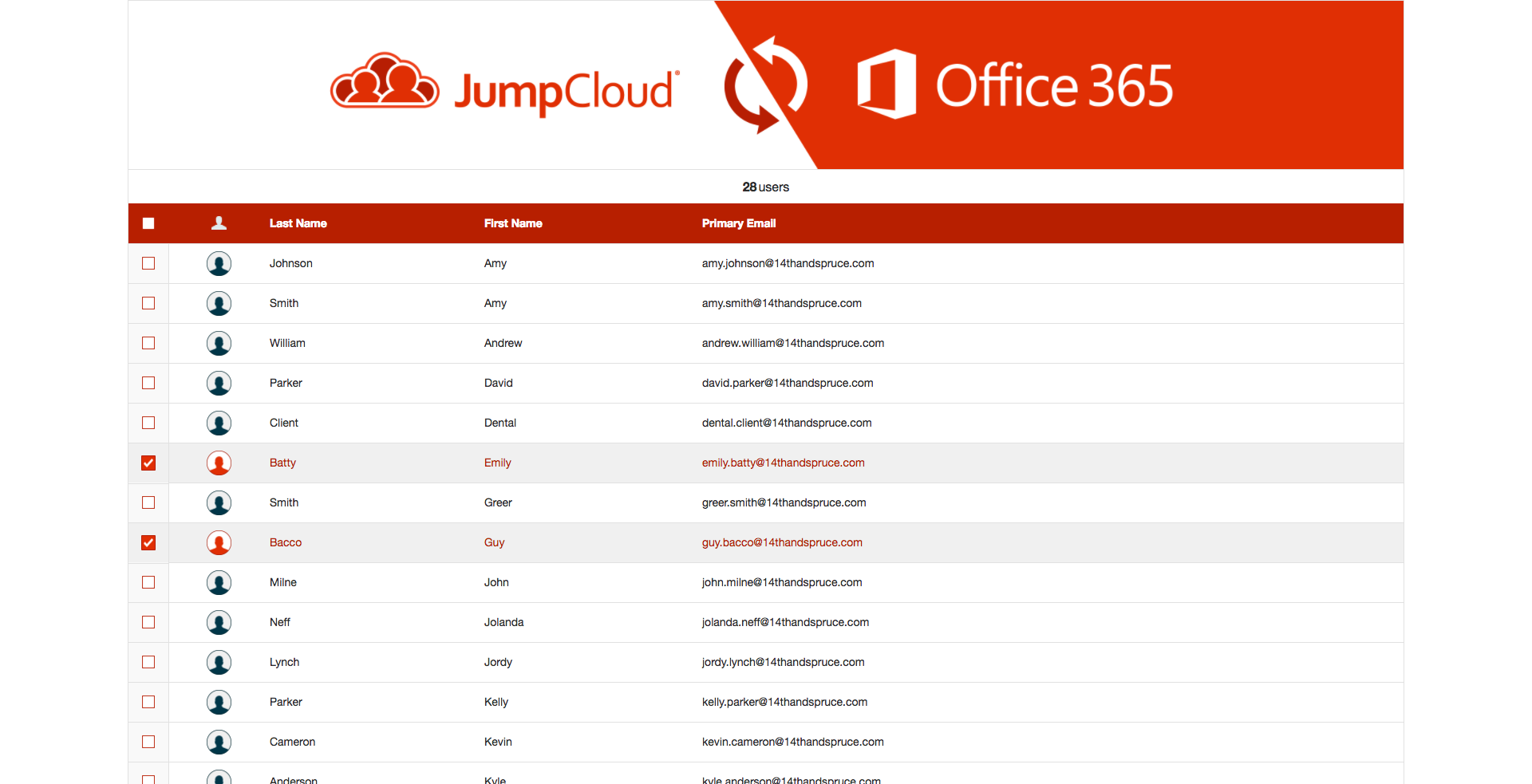 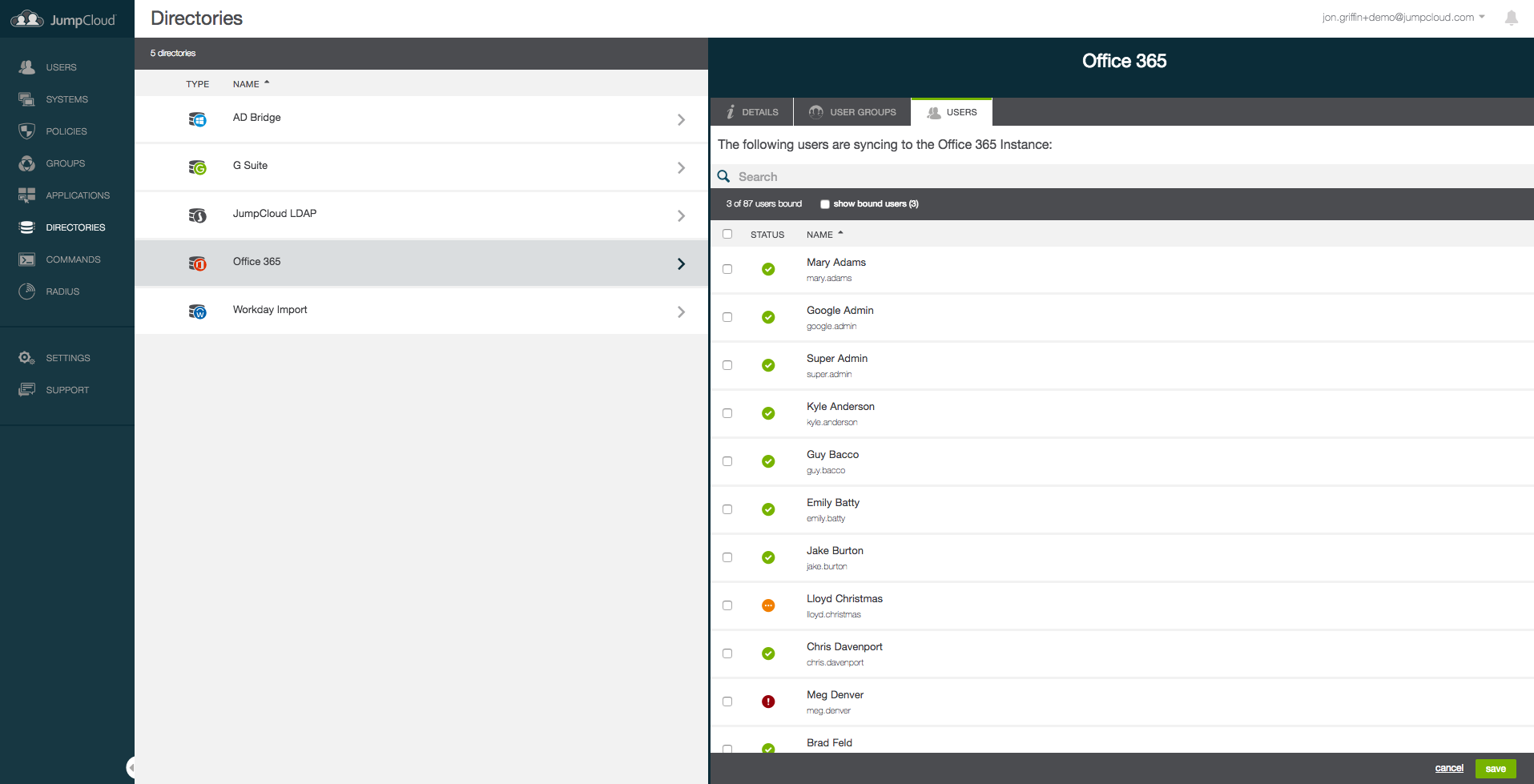