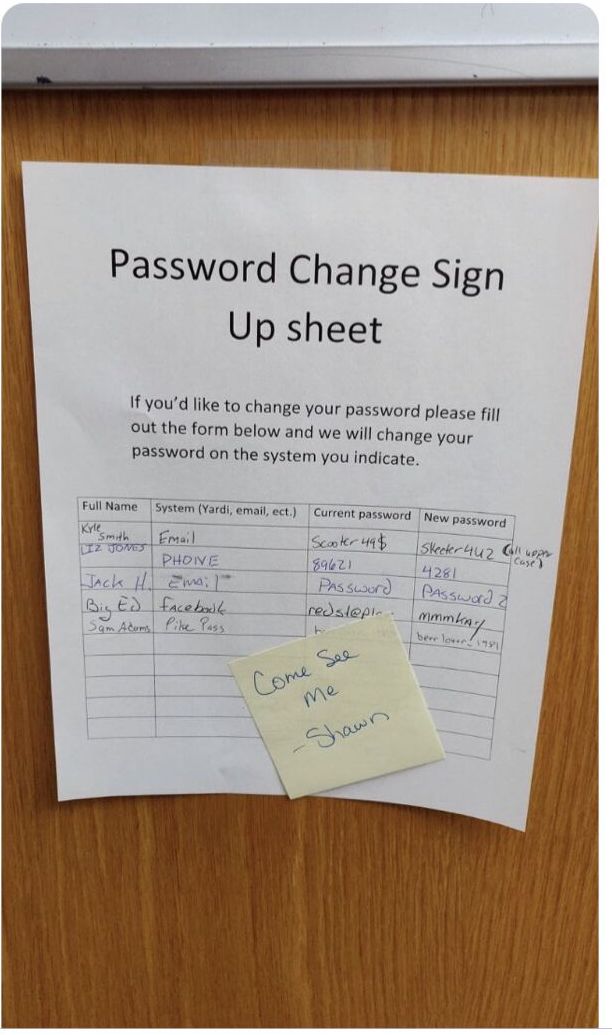 Any good horror story starts by showing all the happy, “normal” parts of life; you know, before the monster is let loose on the innocent townsfolk. And this story is no different. My contracts with MSP clients included all of their tech support, and they all included an SLA. So in the case of this particular client, the scope was set and the expectations were set, same as any other client. But this client had my cell phone, and would text me upon waking (his, not mine – they were in a different, earlier time zone than me) to put in a stream of tickets for items that should not have been considered tech support tickets, because they were actually user configuration preferences. Suffice it to say, being awakened at 4 am multiple days in a row because he didn’t like the highlight colors of his email list got old pretty quickly. Cue the creepy music, and the first bits of foreshadowing of the danger nearby.

Does Persistence Pay Off?

But I persisted because they were a large paying client. And, I was stuck because the language in my contract wasn’t specific to the last letter. I had included all tech support calls, but it never occurred to me that anyone would take that to mean they had no responsibility. Basically, it was like the car owner going to a dealership and asking them to gas up their car – some things the user is characteristically and reasonably responsible for. I made the assumption that logic would prevail. I was wrong. Legal-industry clients, amirite?

This is the part of the story when the protagonist meets the gruff, “monster hunter” who believes their wild tales and agrees to help. I “solved” the problem by hiring a tech whose sole job was to spend 4 hours onsite 3 days a week to be available for this user. At least this way I could avoid those 4am wakeup calls.

But then it came time to renegotiate the contract. I wasn’t exactly losing money, but this user  was eating up more time than the other 25 users in his office combined. At 30% of my revenue he alone was using about 60% of my time! The percent of my revenue, and time, of this problematic client was a business mistake on my part.

So when it was time to renegotiate, I decided my best course of action was to increase my pricing. He felt that I was being punitive, I felt that he was being unreasonable, and so we parted ways (read: he got monster-level angry and hung up on me). I should note that he also parted ways with his company partner, splitting the company in half. I retained the other half of the business at the original rate/user, everybody was happier (I had to tighten the belt and create new opportunities, but I was happier).

The split wasn’t a terrific experience for either of us – there was no hiring a new provider, no offboarding despite my repeated attempts to make this transition, nothing. Eventually he hired one of my ex-employees and it took that person over a year to get around to removing my access completely (no, I did not attempt to access anything, instead regularly forwarding over notifications from service providers, though).

Or risk being haunted by ghosts in chains. Every horror story has a moral. Usually, the lesson is not to touch things if you don’t know what they are. And Columbus taught us to buddy up and to know our way out.

My lesson from this client horror story was that there are other, better ways to fire a troublesome client, and that I needed to recognize the situation for what it was: impending doom. I felt trapped, both contractually and due to the outsized role this single client played in my overall revenue stream, which saw me double down on supporting them instead of taking corrective action sooner.

In keeping with the Halloween spirit, I should have taken off in the running car instead of hiding in the tool shed, waiting for the creature to inevitably find me and continue its terror. I’m not sure it would have mattered how I handled the renegotiation, as there were issues besides money; however, it would have been nicer to say “I don’t think this relationship is going to work anymore” than to be hung up on.

What’s your client or user horror story? Share it in the #Admin-Life channel in the JumpCloud Lounge!